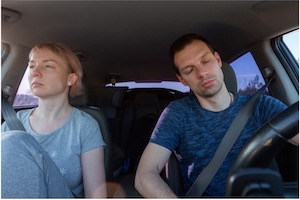 When someone suffers a blackout, he or she can temporarily lose their memory or consciousness. People can faint, also known as syncope, for a variety of reasons, such as atrial fibrillation, strokes, heart rhythm abnormalities, low blood sugar, consumption of alcohol, drug abuse, anxiety attacks, and anemia. Approximately one-third of people will pass out at least once in their lifetime, and nearly one in three of those individuals will undergo another loss of consciousness within three years of the first occurrence. According to a recent study, motorists with a history of blackouts or fainting spells have twice the risk of crashing compared to other drivers. Drivers who blackout behind the wheel and cause car accidents typically cannot even remember crashing. Unfortunately, a transient loss of memory does not erase the consequences of the collision. Accidents caused by driver blackouts can result in devastating injuries and worse for victims.

Those with a history of syncope who choose to get behind the wheel place everyone else on the road in significant danger. Suppose that you, or someone you care about, were unfortunate enough to be injured in a collision caused by a blacked-out driver. In that case, you might have suffered from broken bones, internal organ damage, total paralysis, or traumatic brain injury. Your injuries could lead to chronic pain and radically affect your ability to enjoy your life. It may be impossible for you to work or even perform the most routine tasks. Victims who have suffered severe injuries are uncertain about their futures and are in dire need of compensation. Fortunately, the elite attorneys at the Dietrich Law Firm P.C. have an extensive track record for obtaining justice for clients. Our battle-tested team has assisted thousands of clients and their loved ones following tragic accidents.

Jed Dietrich, Esq., recognized as a Best Attorney of America, has vigorously litigated to obtain over $175 million in judgments and settlements for victims who were injured in Rochester, New York, Monroe County, and beyond. Our honorable devotion to surpassing your expectations and delivering a stupendous outcome is what differentiates us from other law firms. The Dietrich Law Firm P.C.’s seasoned team would be delighted to provide a free, no-obligation case evaluation where we can discuss your legal options. Our attorneys are available twenty-four-seven at 585-939-3939 or by filling out the online consultation form.

Why Is Driver Blackout so Dangerous?

When a driver faints behind the wheel, it is incredibly dangerous to everyone on the road. Blackouts are known to last anywhere from a few seconds to several minutes. During this time, the motorist could lose complete control over their vehicle. A driver’s loss of consciousness may lead to a fatal T-bone accident, head-on collision, rear-end smashup, or lane departure accident. To make matters even worse, the driver experiencing the blackout has no control over when it begins or ends. He or she may be speeding down the highway, driving through a busy intersection, or even following a school bus full of elementary students. Fainting behind the wheel can easily result in any of the following:

WERE YOU, OR SOMEONE YOU KNOW, INJURED IN A CAR CRASH CAUSED BY A DRIVER WHO LOST CONSCIOUSNESS IN ROCHESTER, MONROE COUNTY OR OTHER PARTS OF NEW YORK STATE?

CALL JED DIETRICH, ESQ. AND HIS TOP-RATED AND HIGHLY EXPERIENCED TEAM OF ROCHESTER, NEW YORK DRIVER BLACKOUT CAR ACCIDENT LAWYERS AT 585-939-3939 NOW TO GET THE HELP THAT YOU NEED! 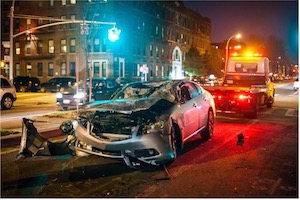 Under New York State law, the emergency doctrine asserts that drivers who undergo a sudden and unforeseen happening, not of their own doing, which leaves little or no time to react, may not be considered negligent if their actions were reasonable in the course of the emergency. Whether this defense applies is contingent on the specific facts of the case. Nevertheless, the Dietrich Law Firm P.C.’s veteran lawyers are well-practiced at litigating these types of cases and countering any possible defense. Our highly qualified Rochester personal injury lawyers recognize that a driver who claims to have lost consciousness has the burden of proof to demonstrate that they fainted before the crash occurred and that the blackout caused the vehicle to lose control. Even if the defense can show the same, the Dietrich Legal Team will consult with our accident reconstruction experts and medical experts to determine if the driver was conscious. Our seasoned litigators will also bring forth the issue of the driver’s foreseeability. Generally, foreseeability causes issues for even the most experienced defense attorneys when determining whether the sudden emergency defense should apply to a blackout.

Defeating the sudden emergency doctrine will require a highly experienced team of Rochester personal injury lawyers to carefully evaluate the defendant’s medical history. If the driver had no history of fainting but then suddenly fainted behind the wheel, they may be able to assert the doctrine. However, if they ever blacked out before or suffered from an underlying ailment known to result in fainting, we would argue that the sudden emergency defense should not apply because the blackout should have been considered under those circumstances.

It is crucial to hire a skillful Rochester personal injury attorney with extensive experience defeating defenses and holding the liable driver accountable. Jed Dietrich, Esq. has exclusively litigated serious injury claims since 1999. During this time, Jed Dietrich, Esq. successfully refuted the sudden emergency defense and went on to obtain a $1,350,000 settlement for a 29-year-old Rochester man. The Dietrich Law Firm’s team of elite lawyers refuses to allow another’s irresponsibility or carelessness to ruin your way of life. Victims of driver blackout car accidents may be eligible to seek compensation for all of their hospital bills, rehabilitation costs, lost earnings, loss of enjoyment, pain, suffering, and any other unanticipated damages. Allow the Dietrich Law Firm P.C.’s leading team to fight for the compensation that you rightfully deserve. Please contact our battle-tested lawyers today at 585-939-3939 or by completing the online consultation form.

Call the Dietrich Law Firm P.C. immediately at 585-939-3939 so that our aggressive, tenacious and hardworking personal injury lawyers can fight to obtain the best result for your personal injury claim in Rochester, New York. We are available 24 hours a day, 7 days a week, and there is never a fee until we WIN for you!