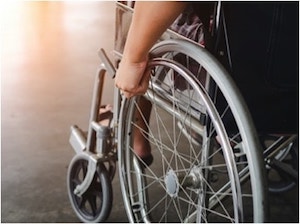 On February 8, 2001, twenty-nine-year-old William Larkin was involved in an accident that changed his life. Mr. Larkin was an unsuspecting passenger in a vehicle that was parked on Clinton Avenue in Rochester, New York. Suddenly, the parked vehicle was hit from behind by a pickup truck driven by the defendant, Calvin Gamble. The collision resulted in injuries to Mr. Larkin’s spine.

Jed Dietrich, Esq. pursued Mr. Larkin’s case by filing a personal injury lawsuit. In the lawsuit, Mr. Larkin sought compensation for his past and future pain and suffering that resulted from the collision. Mr. Gamble was named as a defendant and was alleged to have been negligent in the operation of his pickup truck. Euclid Foreign Motors, Inc. was also named as a defendant in the lawsuit, as the owner of the vehicle that Mr. Gamble was driving at the time of the collision. In New York, Vehicle and Traffic Law § 388 permits a vehicle owner to be held liable for the negligent acts of a permissive user of their vehicle.

In addition, Mr. Larkin’s wife, Theresa Smith, presented a loss of services claim. A claim for loss of services stems from the deprivation of a spouse’s right to benefit from the performance of duties, love and companionship by their spouse who was injured by someone else.

During the course of the lawsuit, the defendants presented a sudden emergency defense, claiming that Mr. Gamble lost control of his vehicle because of an icy section of the road. A sudden emergency defense, if successful, is a complete defense to liability. The defense requires that a jury believe that the defendant acted reasonably when faced with a sudden and unexpected situation that was not caused by the defendant, but which demanded an immediate response. Here, this defense proved unsuccessful.

Immediately following the collision, Mr. Larkin was transported to Rochester General Hospital by ambulance. The collision aggravated a previously asymptomatic Chiari malformation and resulted in injuries to Mr. Larkin’s cervical and thoracic spine. A Chiari malformation is a medical condition in which a person’s brain tissue extends into their spinal canal.

Mr. Larkin required two surgeries as a result of the injuries that he suffered in the February 8, 2001 collision. During his second surgery, Mr. Larkin was left partially paralyzed from his waist down.

Despite the defendants’ claims that Mr. Larkin’s injuries were not related to the subject collision, Jed Dietrich, Esq. successfully fought to rebut these arguments and obtain a winning result for his client. Through an aggressive and tenacious pursuit, Jed Dietrich, Esq. effectively secured a $1,350,000 settlement to compensate Mr. Larkin for his past and future pain and suffering caused by the February 8, 2001 collision.

DID YOU REQUIRE ONE OR MORE SURGERIES TO YOUR NECK OR BACK AFTER BEING REAR-ENDED ON THE ROADS OF BUFFALO, NIAGARA FALLS, ROCHESTER, ALBANY OR ANOTHER PART OF NEW YORK STATE?

IF YES, CALL THE AGGRESSIVE, TENACIOUS AND HARDWORKING REAR-END CAR ACCIDENT LAWYER IN BUFFALO, NEW YORK, JED DIETRICH, ESQ., TODAY AT (716) 839-3939 FOR THE HELP THAT YOU NEED!