Jed Dietrich, Esq. and His Aggressive, Tenacious, and Hardworking Lawyers at the Dietrich Law Firm P.C. Will Fight to Obtain the Best Results for People Injured in a Lancaster, New York Car Accident. 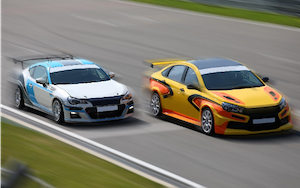 Lancaster, New York is a lively town where its residents can enjoy leisure time at Como Park, Keysa Park, and the Lancaster Speedway. During the summer, traffic increases near these attractions, which can lead to congested roads and motor vehicle collisions. If you, or a loved one, were involved in a serious car accident in Lancaster, New York, call our experienced attorneys today for a free consultation at 716-839-3939.

Lancaster Speedway is a racetrack that hosts various types of drag and circuit-track races. On Wednesdays, there is a Cruise Night. Cruise Night allows anyone with a car and driver’s license to drag race their own vehicle against any competitor, for an eighth of a mile stretch. This event is off of residential roads and highways and does not pose a problem to automobiles outside of the arena. However, after the races are over, a majority of the spectators and drivers from the race head home on the Interstate 90; drivers are often excited after the races and may engage in illegal activities like unsafe speeding, changing multiple lanes, and aggressive driving. In fact, police officers began to radar on nearby roads in an attempt to reduce speeding violations and irresponsible driving.

If you were injured because of a reckless driver in Lancaster, New York, call the Dietrich Law Firm P.C. today so that we can help you! Our top rated attorneys are available 24 hours a day, 7 days a week at 716-839-3939. Jed Dietrich, Esq., the president of the Dietrich Law Firm, has been practicing personal injury law for over 20 years. Jed Dietrich, Esq. has been recognized as a Super Lawyer for his tenacious and aggressive approach to fighting for the best results for his clients in Buffalo, New York; Niagara Falls, New York; Rochester, New York and throughout New York State. Additionally, Jed Dietrich, Esq. has earned $1,000,000, or more, over 38 times on behalf of his clients to compensate them for the injuries that they sustained because of someone else’s negligence. We are available to help you!

Where are the Most Dangerous Areas in Lancaster, New York for Motor Vehicles?

Broadway Street is the main road that runs through Lancaster, New York. Broadway Street intersects with Aurora Street, Lake Avenue, and Central Avenue, creating intersections that are dictated by traffic lights. The National Highway Traffic Safety Administration found that although intersections are a small proportion of all roadways they account for 40% of accidents. Running a red light may cause a head-on collision or a side-impact collision, which can lead to serious personal injuries. Always be aware of your surroundings and cautious when you approach an intersection. 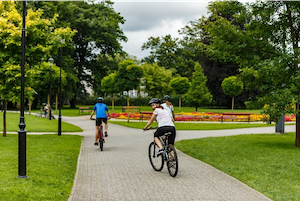 Another busy spot is Como Park, a beautiful area that is popular for families and friends to visit. It has playgrounds, shelters, tennis courts, basketball courts, a golf course, and hiking trails. It is crucial to drive through this park cautiously in order to avoid a collision with other vehicles, pedestrians, and bicyclists. Remain vigilant when exiting the area. Como Park Boulevard is the road that borders the eastern perimeter of the park. Unfortunately, there was a serious collision at Como Park Boulevard and Transit Road, which caused the entire street section to be shut down. If you were seriously injured because of another driver’s negligence, our highly qualified Lancaster, New York attorneys are available to help you.

Our lawyers at the Dietrich Law Firm P.C. strive always to provide the highest level of personal injury service to our clients. It is crucial to hire the most experienced car accident lawyers in Buffalo, New York, to handle your claim! Jed Dietrich, Esq. has battled to obtain over $175 million in settlements and verdicts on behalf of his clients in Buffalo, New York; Niagara Falls, New York; Rochester, New York and throughout New York State. Our specialized Lancaster, New York attorneys will evaluate your claim at no charge to determine how we can best assist you.

Where Should I Treat After A Serious Car Accident In Lancaster, New York?

The closest hospital is Millard Fillmore Suburban Hospital on Maple Road in Williamsville, New York. There are two Urgent Care centers located nearby in the next town over, which are Western New York Immediate Care and WellNow Urgent Care on Transit Road in Depew. The Lancaster Police Department is situated on Pavement Road and is prepared with a specialized Traffic and Accident Investigation Unit run by a Patrol Lieutenant. They are ready to respond and help anyone seriously injured in a car accident.

The town also has its own ambulance service. Lancaster Volunteer Ambulance Corps (LVAC) is a not-for-profit emergency ambulance company that serves Lancaster, Depew and Alden. In 2018, the company helped over 6,000 people, and approximately 400 of those were trauma calls. In addition to its own ambulance, Lancaster is prepared to help those in need with four fire companies, specifically:

There are various fire departments, ambulance services, and law enforcement units available to help you if you were seriously injured in a motor vehicle collision in Lancaster, New York.

HAVE YOU, OR A LOVED ONE, BEEN INJURED IN A SERIOUS CAR ACCIDENT IN LANCASTER, NEW YORK?

WE WANT TO HELP YOU!