At the Dietrich Law Firm P.C. Our Best Lawyers Will Work to Obtain Satisfaction for Individuals Who Have Been Injured as a Result of Motorcycle Accidents in Buffalo, New York. 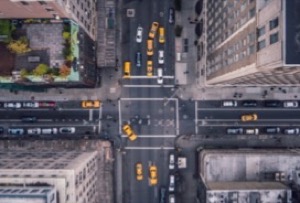 Each year, there is an average of 89,000 motorcycle-related injuries in the United States alone. Intersections are notoriously accident-prone areas, particularly for motorcyclists. In Buffalo, New York, in areas where traffic is heavy, intersection collisions continue to be a source of serious personal injuries for motorcycle operators. In April 2021, a motorcyclist was critically injured after being struck by a car at the intersection of Vest Street and Jefferson Avenue in Buffalo, New York. Because motorcycles are smaller than most motor vehicles, they are harder to see, and as a result, more likely to fall victim to traffic accidents. The best way to safeguard the lives of all drivers on the road is to practice defensive driving and situational awareness at all times.

If you believe you are the victim of a motorcycle accident in Buffalo, New York, Jed Dietrich, Esq. and his team of top lawyers are prepared to take action on your behalf. The Dietrich Law Firm P.C. has obtained over $175,000,000 in compensation for their clients, including a $2,200,000 settlement for a man injured in a T-bone collision. We are available 24 hours per day and 7 days per week to answer your questions. Call us today at 716-839-3939 or contact us online to receive your free consultation.

A History of Motorcycles in Buffalo, New York

From around 1890 through the next century, there were multiple Buffalo businesses specializing in the production and sale of motorcycles. These companies were swept along on the tide of exciting new motorcycle and motor vehicle industry, and most, unfortunately, did not survive for long. One notable instance of a failed Buffalo, New York motorcycle enterprise occurred in 1981 when a group of avid motorcyclists came together to develop a new type of motorcycle, one that would outlast any current models. They formed the Buffalo Motorcycle Works, and for nearly a decade, worked to develop and test new motorcycle types. Unfortunately, due to legal issues, the company was forced to close its doors without selling a single bike.

Motorcycles continue to be popular means of transportation across the United States and in Buffalo in particular. A report from the Bureau of Transportation Statistics found that, over a ten-year period, the number of registered motorcycles has more than doubled. As the numbers have increased, so has the age of motorcycle owners. More and more individuals in their 40s and older are finding enjoyment in this method of transportation, a trend that is a good sign for the city of Buffalo, where the spirit of motorcycling stretches far into the roots of the city.

Why are Intersections Dangerous? 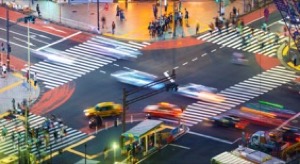 An intersection is any place where two or more roadways cross. This could be anywhere from the standard crossroad to five or six lanes converging on one central junction – the greater the number of lanes, the greater the hazards to motor vehicles. There are many moving parts involved in intersection crossings: there are cars traveling in multiple directions, often across entire lanes; there are signal lights, stop signs, and pedestrian crossings, all of which must be taken into consideration by drivers; some intersections permit right-hand turns at red lights, while others restrict this maneuver to certain days of the week. To safely cross an intersection, a driver must rely not only on his or her observance of the rules of the road but also on the same level of observation from others. All it takes is one distracted driver to cause an accident.

Every one of the causes listed above can be avoided. The main issue, according to a report from the National Safety Council, is distracted driving. With so many crossing lanes of traffic, a distracted driver could easily miss warning signs that a maneuver they are about to perform would be unsafe. From Driver’s Education to Driver’s Safety Courses, we are taught to practice defensive driving and to use our eyes, ears, and experiences to judge situations and avoid accidents as much as possible.

Jed Dietrich, Esq. recognizes that motorcycle accidents are life-changing events. For over twenty years, he has represented countless clients in personal injury-related cases and is more than capable of representing you and your loved ones. Call us today at 716-839-3939 or visit us online to schedule your free consultation. Remember, you will never be charged until we secure a win for you!

DID YOU, OR A LOVED ONE, SUFFER INJURIES FROM A MOTORCYCLE ACCIDENT IN BUFFALO, NEW YORK?