38 TIMES INSURANCE COMPANIES HAVE PAID JED DIETRICH, ESQ. $1 MILLION DOLLARS OR MORE
Home
Cases of Note
$2,200,000 Settlement for a Man Injured in a T-Bone Collision With a Driver Under the Influence

$2,200,000 Settlement for a Man Injured in a T-Bone Collision With a Driver Under the Influence 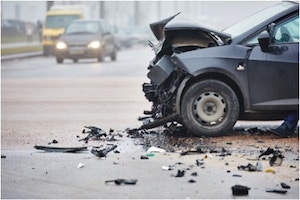 On October 6, 2003, 37-year-old Norman Gill was injured when he was a passenger in a vehicle that was struck on the passenger side. The vehicle was headed south on Niagara Falls Boulevard when it was hit by a woman exiting a parking lot. Mr. Gill sustained a disc herniation, which occurs when the soft center of a spinal disc pushes through a crack in the tougher exterior casing. This injury required months of physical therapy and chiropractic treatment. Mr. Gill eventually required a back surgery and was unable to work for eight months following that surgery. Following his surgery, Mr. Gill was deemed partially, permanently disabled as a result of this collision. Mr. Gill was also advised that he would require an additional back surgery in the future.

Jed Dietrich, Esq. took Mr. Gill’s case all the way through six days of trial, at which point he successfully obtained a settlement of $2,200,000 as compensation for Mr. Gill’s past and future pain and suffering prior to jury deliberations. The defendants named in Mr. Gill’s lawsuit included Carey Lee Hale, the driver of the at fault vehicle; M&J Motors, Inc., the owner of the rental vehicle that Ms. Hale was driving; and Robert Hale, the owner of the vehicle that Ms. Hale was having repaired. Mr. Gill’s claim asserted that M&J Motors, Inc. and Robert Hale were vicariously liable for the actions of Carey Hale. Vicarious liability is a legal theory by which a party can be held legally liable for harm caused by another party.

The defense team made arguments against Mr. Gill and claimed that Mr. Gill’s vehicle was speeding and that Ms. Hale did not see his vehicle. The defense team also used information from a biomechanical engineer expert that stated that the airbags in Mr. Gill’s vehicle were turned off and that had they been on and deployed during impact, Mr. Gill’s injuries could have been less severe or prevented. Additionally, the vocational rehabilitation expert that was employed by the defense claimed that Mr. Gill was capable of returning to his work as a bill collector and that he made a good recovery.

Jed Dietrich, Esq. was able to successfully argue that regardless of the above defenses, Ms. Hale was negligent in her operation of the rental vehicle and should be held liable for the injuries that Mr. Gill sustained. Ms. Hale failed to yield the right-of-way when she pulled out of the parking lot onto Niagara Falls Boulevard. Further, it was discovered that Ms. Hale was driving under the influence of marijuana when the collision occurred. Ms. Hale’s medical records showed that she had smoked marijuana within one to twelve hours before arriving at the hospital. Jed Dietrich, Esq. pointed out that by driving under the influence, Ms. Hale’s judgment, reactions and ability to operate the vehicle were impaired.

As a result of Jed Dietrich, Esq.’s aggressive pursuit of the case and the above-mentioned arguments, Mr. Gill was compensated $2,200,000 from M&J Motors, Inc. as a result of the October 6, 2003 collision.

WERE YOU, OR A LOVED ONE, INJURED AS A RESULT OF A SIDE IMPACT OR T-BONE COLLISION IN BUFFALO, NIAGARA FALLS, ROCHESTER OR OTHER PARTS OF NEW YORK STATE?

CALL JED DIETRICH, ESQ. AND HIS TOP RATED AND HIGHLY EXPERIENCED TEAM OF BUFFALO, NEW YORK T-BONE COLLISION ACCIDENT ATTORNEYS AT (716) 839-3939 FOR THE AGGRESSIVE AND TENACIOUS PERSONAL INJURY REPRESENTATION THAT YOU NEED!