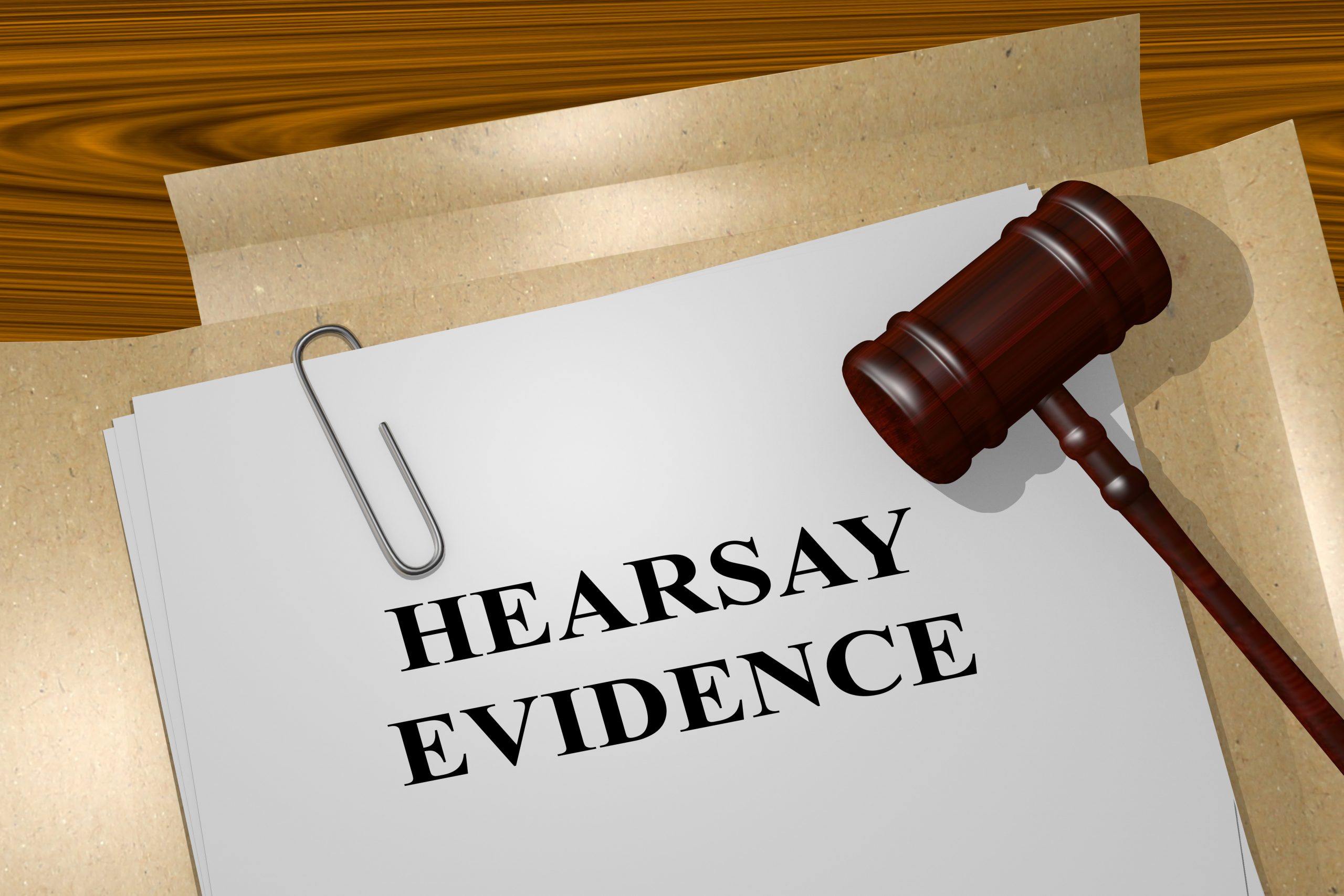 By definition, hearsay is any statement made outside of court but repeated at trial to support the legitimacy of the asserted matter. The hearsay rule regulates what evidence a judge or jury can take into account at trial and can apply to both oral testimony and written documents. When a witness obtains information from someone else but did personally observe the event, unless some exception applies, that witness cannot repeat what the other person told them. Instead, the witness’s testimony must be based upon their own experience, a first-person account. In personal injury cases, the hearsay rule often has profound implications on proving legal issues, such as negligence and damages.

An Example Of Hearsay

If a witness to a collision says, “I saw the yellow Ferrari make a right turn and hit the red Honda in the front driver’s side.” This would be regarded as an acceptable statement because the witness is recounting what they saw with their own eyes. However, if the witness says, “After hearing a loud noise, I looked over and noticed that a crash occurred. Jane Doe told me she saw the accident, and the Ferrari T-boned the Honda.” That would be considered an inadmissible statement under the hearsay rule. This is because Jane is not present at trial to be cross-examined by the opposing counsel, and the witness only recounts what Jane Doe said instead of something observed firsthand.

Exceptions To The Rule

Although hearsay evidence is typically inadmissible in court, under the Federal Rules of Evidence, Rule 803, there are 23 exceptions. The most common exceptions to the rule against hearsay include:

Do You Need A Veteran Personal Injury Lawyer?

Jed Dietrich, Esq., commended as an American Institute of Trial Lawyers Litigator of the Year, is an expert at distinguishing inadmissible hearsay from statements that could help prove your claim. The Dietrich Law Firm P.C.’s battle-tested litigators promise to use our extensive courtroom experience to present your case effectively and obtain the highest compensation. Our highly qualified team knows all the ins and outs of successfully applying hearsay exceptions and proving personal injury claims. Our seasoned attorneys are available 24/7 at 716-839-3939 or by completing our online consultation form. We would be honored to answer any inquiries and assess the strength of your claim.