38 TIMES INSURANCE COMPANIES HAVE PAID JED DIETRICH, ESQ. $1 MILLION DOLLARS OR MORE
Home
Cases of Note
$2,400,000 Settlement for the Family of a 49-Year-Old Pedestrian Who Suffered Fatal Injuries After Being Hit by a School Bus

$2,400,000 Settlement for the Family of a 49-Year-Old Pedestrian Who Suffered Fatal Injuries After Being Hit by a School Bus 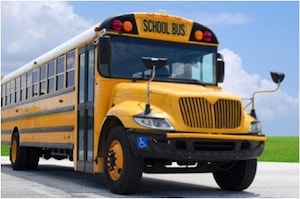 On October 4, 2010, forty-nine-year-old Ronald Wattie was walking on Erie Road in Derby, New York when he was hit by a school bus. Sadly, Mr. Wattie was pronounced dead at the scene of the incident.

Mr. Wattie was survived by his wife, Christine; twenty-six-year-old son, Jeffrey; and his nineteen-year-old daughter, Stephanie.

Following the tragic loss of her husband, Mrs. Wattie, acting individually and as the administratrix of Mr. Wattie’s estate, contacted Buffalo, New York fatal pedestrian accident attorney Jed Dietrich, Esq. to pursue a wrongful death lawsuit. Jed Dietrich, Esq. sued the driver of the school bus that hit Mr. Wattie, Neil Stacy, alleging that he was negligent in his operation of the school bus. In addition, Jed Dietrich, Esq. sued Mr. Stacy’s employers, Lake Shore Central Schools and Evans-Brant Central School District, alleging that they were vicariously liable for Mr. Stacy’s negligent acts that occurred within the scope of his employment.

Through the wrongful death lawsuit, Mr. Wattie’s estate sought recompense for Mr. Wattie’s pain and suffering in the moments prior to his death, Mr. Wattie’s children’s loss of parental guidance, and Mr. Wattie’s wife’s loss of services. A loss of parental guidance claim pursues compensation for a parent’s surviving children because of their loss of support, guidance and moral direction that they would have had if their parent was still alive. A loss of services claim pursues compensation for a surviving spouse because of their loss of the right to benefit from the now deceased spouse’s performance of various day-to-day duties and companionship.

Jed Dietrich, Esq. tenaciously argued that the collision occurred while Mr. Wattie was in a crosswalk on Erie Road and that Mr. Stacy’s negligence in failing to stop at a red light before attempting a left-hand turn caused the fatal collision. The defendants argued that Mr. Stacy had a green light which permitted his entrance into the intersection.

The collision resulted in Mr. Wattie being pinned underneath the school bus and dragged approximately thirty to forty feet along the road. As a result, Mr. Wattie suffered lacerations to his head, right hand and right shoulder, as well as abrasions to his face, chest, buttocks, left hip, thigh and left knee. Jed Dietrich, Esq. presented evidence and argued that Mr. Wattie did not die on impact, but instead experienced pain and suffering in the moments leading to his death. Contrastingly, the defendants argued that Mr. Wattie died on impact and was not entitled to pain and suffering damages.

Despite the defendants’ efforts to deny fault and minimize Mr. Wattie’s injuries, Jed Dietrich, Esq. pursued a winning result with the assistance of Dr. Mark LeVaughn, a forensic pathologist; Larry Lichtenstein Ph.D., an economic expert; and Rhonn Gilchrist, a mental health expert. By compassionately and persuasively presenting Mr. Wattie’s case and the economic losses that his estate will suffer, Jed Dietrich, Esq. succeeded in securing a $2,400,000 settlement for Mr. Wattie’s estate, wife and children.

WAS SOMEONE YOU LOVE A PEDESTRIAN WHO WAS FATALLY INJURED BY A CAR, TRUCK, SUV OR BUS ACCIDENT IN BUFFALO, ROCHESTER, NIAGARA FALLS, ALBANY OR ELSEWHERE IN NEW YORK STATE?

THE TIME AFTER THE TRAGIC LOSS OF A LOVED ONE CAN BE DIFFICULT. THE DIETRICH LAW FIRM P.C.’S TEAM OF COMPASSIONATE AND CARING LEGAL PROFESSIONALS IS HERE TO HELP YOU.

CALL JED DIETRICH, ESQ., A HIGHLY EXPERIENCED FATAL PEDESTRIAN ACCIDENT ATTORNEY IN BUFFALO, NEW YORK, AND HIS TEAM OF AGGRESSIVE, TENACIOUS AND HARDWORKING PERSONAL INJURY ATTORNEYS TODAY AT (716) 839-3939 FOR THE ASSISTANCE THAT YOU NEED! FOR THE ZEALOUS REPRESENTATION THAT YOU NEED!