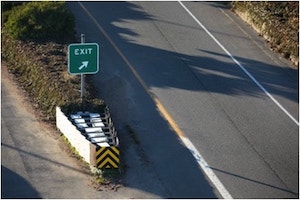 On August 30, 2001, thirty-nine-year-old Renee Clementi was driving north on the New York State Thruway. Ms. Clementi was exiting the thruway at its Depew exit when her vehicle was suddenly rear-ended by a truck. The truck that hit her was being driven by Shawn Graham. As a result of the collision, Ms. Clementi suffered serious injuries to her lower back.

Jed Dietrich, Esq. successfully made a motion for summary judgment on the issue of liability in Ms. Clementi’s case. The Honorable David J. Mahoney granted Ms. Clementi’s motion, which conclusively established the defendants’ liability. As a result, Ms. Clementi’s case proceeded to focus only on the damages that she suffered.

Ms. Clementi suffered injuries to her lower back as a result of the powerful impact from the collision. Unfortunately, these injuries would not resolve on their own and would require Ms. Clementi to undergo surgery. Dr. Andrew Cappuccino performed surgery on Ms. Clementi’s lower back in the form of a L4-5 and L5-S1 fusion. The fusion surgery permanently connected two of Ms. Clementi’s vertebrae in her lumbar spine and aimed to eliminate motion between the vertebrae and provide relief for her pain. However, despite undergoing surgery, Ms. Clementi continued to experience high levels of pain in her low back and required additional treatment with a pain management doctor.

The defendants argued that Ms. Clementi’s lower back injuries were pre-existing and did not result from the August 30, 2001 collision. They offered $350,000 to resolve Ms. Clementi’s case.

As an experienced and knowledgeable Buffalo, New York personal injury attorney, Jed Dietrich, Esq. knows how to value a personal injury claim and advise his client as to when a settlement offer is an excellent result or when to press on for the compensation that they deserve. Jed Dietrich, Esq. always pursues the compensation that his client deserves and does not shy away from putting in the extra work and effort to obtain winning results for his clients. In Ms. Clementi’s case, Jed Dietrich, Esq. knew that a settlement offer of $350,000 was not adequate to compensate her for her injuries. Jed Dietrich, Esq. continued to aggressively and tenaciously pursue Ms. Clementi’s claim and successfully obtained a $1,010,000 settlement to compensate her for the losses she suffered as a result of the August 30, 2001 collision.

CALL JED DIETRICH, ESQ. AND HIS TEAM OF TOP RATED BUFFALO, NEW YORK REAR-END CAR ACCIDENT LAWYERS NOW AT (716) 839-3939 FOR THE ZEALOUS LEGAL REPRESENTATION THAT YOU NEED TO PURSUE COMPENSATION FOR YOUR INJURIES.