Jed Dietrich, Esq., Distinguished as a Best Lawyer of America and New York Super Lawyer, and His Team of Aggressive, Tenacious, and Hardworking Lawyers at the Dietrich Law Firm P.C. Forcefully Litigate to Obtain the Maximum Result for Victims Who are Suffering from Parkinson’s Disease Caused by Paraquat Exposure in Niagara Falls, New York. 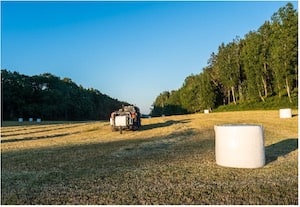 Paraquat dichloride (paraquat), a hazardous chemical that is regularly used for killing weeds, was first manufactured more than 130 years ago. Since the 1960s, paraquat has grown into one of the most widely applied herbicides throughout the country. The toxic substance is primarily used for post-harvest drying on over 100 different kinds of foodstuffs and to eradicate unwanted plants. Paraquat use sharply increased after the dangers of another herbicide were made public. Paraquat is one of only two weed killers still used in the United States that has been strictly prohibited throughout the European Union, Brazil, and even China. Despite the widely known risks, paraquat use has exceeded record levels over the past 25 years. In 2016 alone, over 3.5 million tons of the herbicide contaminated nearly 15 million acres throughout the country.

Despite paraquat’s extensive use, victims subjected to it have up to a 600 percent higher risk of developing Parkinson’s disease than individuals who have not been exposed. Further, the Centers for Disease Control and Prevention (CDC) has deemed the substance to be much more lethal than other weed killers. Victims are vulnerable to paraquat exposure through unintentional ingestion, inhalation, and dermal absorption. In addition to Parkinson’s, the chemical is notorious for causing various birth defects, acute burns, and cancer. Unfortunately, heartbreaking tales of chronic illnesses and Parkinson’s associated with paraquat use have become rampant throughout Niagara Falls, New York, and throughout the state. Tragedies like these inspire Jed Dietrich, Esq., to devote his life to providing the highest level of personal injury service to the victims of Western New York.

The Dietrich Law Firm P.C.’s veteran team is devoted to relentlessly fighting for the rights of victims exposed to paraquat. Jed Dietrich, Esq., a proud member of the Million Dollar Advocates Forum, and his top rated team of Niagara Falls toxic exposure attorneys have a wealth of experience in obtaining justice. Our seasoned attorneys will systematically assess your claim and determine if you are eligible to pursue a lawsuit against the responsible manufacturer. We believe that all victims who were recklessly exposed to Parkinson’s causing toxins deserve justice. You may have a right to monetary compensation for your present and future medical expenses, lost time from work, diminished future earning capacity, pain and suffering, loss of enjoyment, loss of consortium, and much more. The Dietrich Law Firm P.C.’s best of the best team offers complimentary, no-obligation case evaluations and consultations. Jed Dietrich, Esq. would be honored to discuss your paraquat claim in further detail. Our elite team is available 24 hours a day, 7 days a week, at (716) 839-3939, or by completing the online consultation form. There is never a single charge until we PREVAIL for you!

The Primary Symptoms of Parkinson’s Disease

Although sufferers of Parkinson’s can experience many different symptoms, the following are the most prevalent symptoms of the disease:

WERE YOU, OR SOMEONE CLOSE TO YOU, DIAGNOSED WITH PARKINSON’S
DISEASE AFTER BEING RECKLESSLY EXPOSED TO PARAQUAT IN
NIAGARA FALLS OR OTHER PARTS OF NEW YORK STATE?

CONTACT JED DIETRICH, ESQ. AND HIS ELITE AND HIGHLY SKILLED TEAM OF
NIAGARA FALLS, NEW YORK PARAQUAT AILMENT INJURY ATTORNEYS AT
(716) 839-3939 NOW TO OBTAIN THE REPRESENTATION THAT YOU NEED!

Who Can Be Held Responsible for Your Paraquat-Related Illness?

There is overwhelming evidence that manufacturers knew about paraquat’s overwhelming health risks for decades. Many farmers, agricultural workers, and pesticide mixers could have protected themselves from suffering chronic health problems if only paraquat manufacturers would have provided proper warnings and handling instructions. However, these irresponsible companies choose to ignore the dangers in pursuit of higher profits. Consequently, the use of paraquat on crops has destroyed countless innocent lives throughout the country. Manufacturers of paraquat that may be held liable for your damages include:

For more than two decades, Jed Dietrich, Esq. has exclusively litigated serious personal injury and product liability claims. Jed Dietrich, Esq. has successfully contended to obtain over $175 Million in judgments and settlements for victims who were injured in Niagara Falls, New York, throughout New York State, and beyond. The Dietrich Law Firm P.C.’s seasoned team has witnessed far too many devastating consequences caused by paraquat and other toxic chemicals. Our highly experienced attorneys have a solid reputation for obtaining the highest possible compensation for clients. The Dietrich Law Firm P.C.’s honorable devotion to surpassing your expectations is one of the many reasons why you should consider retaining us. Our battle-tested team is available 24 hours a day, 7 days a week, at (716) 839-3939, or by completing the online consultation form. We are the uncompromising, persistent, and reliable personal injury attorneys who are prepared to fight for the compensation that you deserve!

Call the Dietrich Law Firm P.C. immediately at (716) 839-3939 so that our aggressive, tenacious and hardworking personal injury lawyers can fight to obtain the best result for your personal injury claim in Niagara Falls, New York. We are available 24 hours a day, 7 days a week, and there is never a fee until we WIN for you!