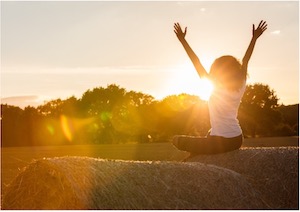 Paraquat dichloride, known simply as paraquat, is an organic compound that is widely applied as an herbicide. It is fast-acting and indiscriminate, exterminating green plant matter on contact. However, paraquat is also highly toxic and even lethal to both humans and animals because of its redox activity. As stated in a letter from the Unified Parkinson’s Advocacy Council to the United States Environmental Protection Agency (EPA), studies found that victims subjected to paraquat in their teen or young adult years had a heightened risk of 200 to 600% of developing Parkinson’s disease later in life. Additionally, unprotected contact with paraquat can be fatal and result in death up to 70% of the time. Lethal exposure can happen after inhalation, ingestion, and other forms of direct contact with paraquat. Even contact with paraquat droplets can lead to a permanent disruption of the nervous system.

The dangers surrounding paraquat arise due to the oxidative stress that the herbicide generates. In other words, when particles of paraquat touch plants or animals, they rapidly break oxygen atoms from the molecules inside the living organism’s cells. The effects of oxidative stress on humans are irreversible and extremely detrimental. Consequently, the Centers for Disease Control and Prevention (CDC) regards the chemical to be more harmful than other weed killers, including Roundup. Regrettably, disheartening stories of Parkinson’s disease and deaths caused by paraquat exposure have been raging in Ithaca, New York, throughout the New York State, and beyond. The Dietrich Law Firm P.C.’s veteran team can help determine what legal avenues might be available to you. Our battle-tested lawyers will establish a strong case and fight in your corner throughout the entire legal process.

If you, or a family member, have been diagnosed with Parkinson’s after coming into contact with paraquat, either at home or on the job, we recommend retaining Western New York’s finest toxic exposure attorney. Jed Dietrich, Esq., has enthusiastically dedicated his life to providing the highest level of personal injury service to his clients. Jed Dietrich, Esq., a noble member of the Million Dollar Advocates Forum, and his top rated team of Ithaca product liability attorneys have wide-ranging experience in demanding justice. Our veteran team will aggressively advocate for your rights, even if it means taking on some of the world’s largest herbicide manufacturers. You may have a right to monetary compensation for your past and impending medical bills, lost time from work, diminished future earning capacity, loss of consortium, pain and suffering, loss of enjoyment, and much more. The Dietrich Law Firm P.C.’s elite team provides free, no-obligation case reviews and consultations. Jed Dietrich, Esq. would be honored to discuss your paraquat claim in greater detail. Our seasoned lawyers are waiting for you to contact them at (716) 839-3939 or by completing the online consultation form. There is never a single fee until we make those responsible pay you!

Studies on mice injected with paraquat have routinely demonstrated that the chemical results in a dose-dependent depletion of dopamine. The effects of paraquat on mice were both long-lasting and irreversible. In practice, paraquat exposure in mice mirrors Parkinson’s so closely that it is frequently used to produce an animal model of the disease. Although the exact cause of Parkinson’s is still unknown, vast research highlights a combination of environmental and genetic factors. Toxic chemicals, such as paraquat, are known for damaging dopaminergic neurons in the brain, which can lead to the development of Parkinson’s and other neurological disorders.

A 2017 study examined victims with Parkinson’s and discovered a strong connection between the herbicide and their degenerative disorders. The study determined that paraquat exposure impaired mitochondrial respiration and damaged Deoxyribonucleic Acid (DNA), further signifying the process by which the herbicide could cause Parkinson’s. When genetic dispositions and other determining factors are combined with paraquat exposure, the risk becomes even greater. Another investigation revealed that Central Valley residents under 60 years old who lived near fields where paraquat and maneb were sprayed from 1974 to 1999 had rates of Parkinson’s that significantly exceeded residents in other areas. Moreover, the neurodegenerative disorder has been frequently observed in younger aged individuals who mixed or applied paraquat.

WERE YOU, OR SOMEONE YOU LOVE, DIAGNOSED WITH PARKINSON’S DISEASE AFTER BEING CARELESSLY SUBJECTED TO PARAQUAT IN ITHACA OR OTHER PARTS OF NEW YORK STATE?

CONTACT JED DIETRICH, ESQ. AND HIS VETERAN AND HIGHLY SKILLED TEAM OF ITHACA, NEW YORK PARAQUAT ILLNESS ATTORNEYS AT (716)-839-3939 NOW TO OBTAIN THE REPRESENTATION THAT YOU MERIT! 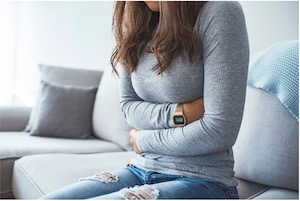 For the past 22 years, Jed Dietrich, Esq. has exclusively litigated serious personal injury and product liability claims. Jed Dietrich, Esq. has successfully resolved his clients’ claims to obtain over $175 Million in verdicts and settlements. The Dietrich Law Firm P.C.’s battle-tested team has witnessed far too many disturbing consequences caused by paraquat exposure in Ithaca, New York, and beyond. Our highly experienced lawyers are here to make negligent paraquat manufacturers pay our clients the highest possible compensation. The Dietrich Law Firm P.C.’s fierce reputation for greatly exceeding our client’s expectations is one of the countless reasons why you should give us a call. Our veteran team is available 24 hours a day, 7 days a week, at (716) 839-3939, or by filling out the online consultation form. We are the decisive, unrelenting, and dependable paraquat exposure lawyers who are prepared to fight for the compensation that you deserve!

Call the Dietrich Law Firm P.C. immediately at (716) 839-3939 so that our aggressive, tenacious and hardworking personal injury lawyers can fight to obtain the best result for your personal injury claim in Ithaca, New York. We are available 24 hours a day, 7 days a week, and there is never a fee until we WIN for you!