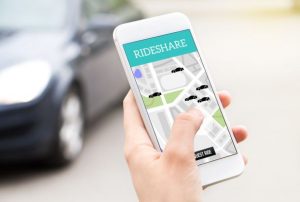 Car accidents involving Uber and Lyft drivers happen more often than you would think, and there are some important details that you should know. Given the complicated organizational structures of some ride-hailing services, it may be challenging to determine what parties to name in the lawsuit.

What is Raiser LLC?

Uber drivers are frequently misguided about what company hired them, whom they drive for, and who pays them. Due to numerous legal issues, such as class action lawsuits, Uber formed a separate company called Raiser LLC to handle its drivers. Raiser is a wholly-owned subsidiary of Uber and a key component of Uber’s corporate structure. Uber drivers are technically independent contractors for Raiser. As such, Raiser manages all of the official payments to Uber drivers. Having a subsidiary deal with all driver-related matters was designed to shield Uber from direct litigation. If you, or a loved one, were critically injured in an accident caused by an Uber driver, this organizational structure could play an essential role in your claim. When accident victims want to pursue litigation against Uber, they should always name Raiser as a party to the lawsuit.

Compared to Uber, Lyft’s corporate structure is far less complicated. Although Lyft has a set of subsidiaries, the ridesharing company is not affiliated with Raiser. Lyft’s subsidiaries include bike-sharing services and an entity that develops ride-hailing applications.

Pursuing Lawsuits Against Rideshare Companies and Their Subsidiaries

Uber, Lyft, or Raiser used to try and avoid legal responsibility by arguing that their drivers should be classified as independent contractors. However, the New York Supreme Court, Appellate Division, recently decided that Uber exercised sufficient control over its drivers to be considered their employer. Consequently, you may be entitled to pursue a lawsuit against the responsible party based on the legal doctrine of Respondeat Superior. Rideshares can be held vicariously liable for accidents caused by their drivers acting within the scope of their employment. A driver’s actions might fall within the scope of employment if their actions were meant to further the company’s interests. Uber or Lyft might not be held responsible for acts performed outside the driver’s responsibilities unless you can demonstrate an exception such as negligent hiring, training, or retention.

After being injured in an accident involving a ridesharing company, every choice you make can make the difference between winning and losing your case. That is why it is crucial to have the finest personal injury attorney in Western New York fighting for you at every step along the way. Jed Dietrich, Esq., distinguished as an American Institute of Trial Lawyers Litigator of the Year, and his elite team of rideshare accident attorneys are highly experienced in determining the proper steps to take in accidents involving Uber and Lyft as well as their subsidiaries. You may be entitled to pursue compensation for all medical expenses, lost wages, loss of enjoyment, permanent disability, and other unexpected damages. The Dietrich Law Firm P.C.’s seasoned team of lawyers is available twenty-four-seven by calling 716-839-3939 or by completing the online consultation form.