Todd A. Tiberio and Connie Tiberio, Individually and as Husband and Wife, v. Vincenzo Porretta 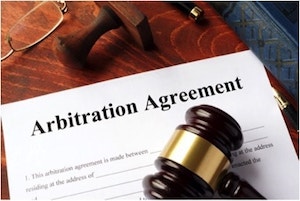 On October 21, 2003, thirty-eight-year-old Todd Tiberio was traveling on the Interstate-390 in Rochester, New York when he was suddenly hit from behind. The vehicle that hit him was driven by Vincenzo Porretta. As a result of the collision, Mr. Tiberio suffered injuries to his neck and back.

Jed Dietrich, Esq. sued Mr. Tiberio’s case in Munroe County Supreme Court. Mr. Porretta was named as a defendant and the Complaint alleged that he was negligent in the operation of his vehicle.

Mr. Tiberio asserted that traffic conditions forced him to slow his vehicle and come to a stop, but that Mr. Porretta failed to stop in time and collided with Mr. Tiberio’s vehicle. Mr. Porretta initially claimed that the collision could not have been avoided because he was faced with a sudden emergency. However, the defense team eventually conceded Mr. Porretta’s liability for the collision.

As a result of the rear-end impact, Mr. Tiberio sustained injuries to his neck and back. Mr. Tiberio suffered C5-C6 and T2-T3 disc herniations and an aggravation of his previously asymptomatic lumbar spine degenerative disc disease. Eventually, Mr. Tiberio’s injuries to his neck and low back required that he undergo surgery. Mr. Tiberio’s neck condition required him to undergo a cervical spine fusion, a surgery that involves the joining together of two or more vertebrae to prevent movement between the two bones and reduce pain in the region. In addition, Mr. Tiberio’s back injury required him to undergo a laminectomy, a surgery that enlarges the spinal canal to relieve pain and pressure on the spinal cord and surrounding nerves. Mr. Tiberio sought monetary compensation for his past and future pain and suffering through his personal injury lawsuit.

With liability established, the only issue left to discuss was Mr. Tiberio’s damages that resulted from the collision. The defendant offered only $250,000 to settle Mr. Tiberio’s claim, but Jed Dietrich, Esq. knew that was not enough to compensate his client for his serious injuries. Jed Dietrich, Esq. aggressively and tenaciously pressed on to get his client the compensation that he deserved.

To resolve the case, the Plaintiff and Defendant agreed to go to arbitration. Arbitration is a form of alternative dispute resolution in which the parties present their cases to a neutral third-party, the arbitrator, who will hear the evidence and issue a binding award. The arbitrator may be a single individual or a panel of individuals who ultimately decide the case. The arbitration process is much shorter, more cost-efficient and less formal than a full trial.

In Mr. Tiberio’s case, the arbitration proceeded before a panel of three arbitrators. After hearing the evidence of both parties, the arbitrators issued an award of $750,000 in favor of Mr. Tiberio for his pain and suffering that resulted from the motor vehicle collision of October 21, 2003.

WERE YOU, OR SOMEONE YOU LOVE, INJURED AS A RESULT OF A REAR-END CAR ACCIDENT IN ROCHESTER, NEW YORK?