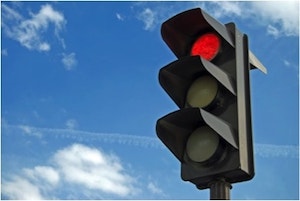 On May 13, 2010, forty-five-year-old Dale Collins was driving on Genesee Street in Cheektowaga, New York near the Buffalo Niagara International Airport. While Mr. Collins was stopped at a red light on Genesee Street, he was suddenly and unexpectedly rear-ended. The van that hit Mr. Collins from behind was driven by the defendant, Daniel Habermehl. The crash was powerful and resulted in significant injuries to Mr. Collins’ neck and back.

Jed Dietrich, Esq. sued Mr. Collins’ case in New York State Supreme Court, the trial-level court of the New York State Unified Court System. Mr. Habermehl was named as a defendant and was alleged to have been negligent in the operation of the vehicle that he was driving. SimplexGrinnell L.P., the owner of the vehicle that Mr. Habermehl was driving, was also named as a defendant. The lawsuit alleged that SimplexGrinnell L.P. was responsible for the acts of Mr. Habermehl under a theory of vicarious liability. Under a theory of vicarious liability, one party can be held legally responsible for the unlawful actions of another. Generally, vicarious liability is found where there is a special relationship between the two parties.

Approximately one and one-half years after the collision, Dr. Huckell performed surgery on Mr. Collins’ neck. Mr. Collins was put under general anesthesia and underwent a C5-6 discectomy and insertion of a bone cage device, metal plate and four locking screws into his neck. A discectomy is a common surgical procedure that is used to remove a damaged portion of a herniated disc in a person’s spine. The metal constructs used in the surgery are put into place to provide for adequate neck stability and proper alignment during the healing process.

Following the surgery, Mr. Collins continued to suffer from pain in his neck and limitations of his range of motion. These conditions required Mr. Collins to resume chiropractic treatment sessions. In addition, following his surgery, Mr. Collins was unable to perform strenuous activities. This limitation prevented him from being able to return to his work as an automobile mechanic.

The defense counsel asserted that the May 13, 2010 motor vehicle collision was a minor impact and did not cause Mr. Collins’ injuries or need for surgery. Instead, the defense claimed, the injuries were degenerative conditions that were not a result of the collision. A degenerative condition is associated with the aging process and the normal wear-and-tear on the body that happens over time.

Despite these contentions, Jed Dietrich, Esq. zealously represented Mr. Collins’ interests and aggressively and tenaciously negotiated a settlement of $1,900,000.00 for Mr. Collins’ past and future medical expenses, lost earnings and pain and suffering.

WERE YOU, OR SOMEONE YOU LOVE, INJURED AFTER A REAR-END CAR ACCIDENT AT A RED LIGHT IN BUFFALO, NIAGARA FALLS, ROCHESTER, ALBANY OR ELSEWHERE IN NEW YORK STATE?