38 TIMES INSURANCE COMPANIES HAVE PAID JED DIETRICH, ESQ. $1 MILLION DOLLARS OR MORE
Home
Cases of Note
$1,250,000 Settlement for a 30-Year-Old Man Injured After Falling From a Rafter on the Job 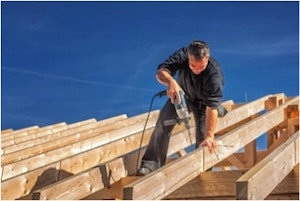 Jed Dietrich, Esq. was able to obtain a settlement of $1,250,000 for Mr. Frederick by aggressively and tenaciously pursuing a case against Carey Lake Restaurant; Carey Lake Restaurant’s owner, Bruce Carey; Mr. Frederick’s employer, Carey Lake LLC; the construction project’s general contractor, Flower City Interiors; as well as a subcontractor, Spoletta Construction and Development Company. In the course of the case, Jed Dietrich, Esq. successfully argued that Mr. Frederick was not provided with the proper safety gear, such as a harness or lanyard, for an elevation-related hazard according to Labor Law § 240(1) and, therefore, should be compensated for the injuries that he sustained as a result of the negligence. Labor Law § 240(1) is often referred to as the scaffolding law, and it aims to protect construction workers who are injured on the job in elevation-related accidents. Learn more about New York’s scaffolding law by clicking here.

Despite the defense attorneys’ argument that Mr. Frederick was capable of returning to work and video surveillance of Mr. Frederick working at a convenience store without trouble ambulating following the incident, Jed Dietrich, Esq. aggressively fought for compensation for Mr. Frederick’s pain and suffering. Jed Dietrich, Esq. was able to enlist the assistance of expert witnesses, including a Life Care Planning expert as well as a Vocational Rehabilitation expert, to prove that Mr. Frederick showed signs of a moderate to severe disability as a result of his injuries and suffered a disruption in his career as a construction framer as a result of the incident.

To resolve Mr. Frederick’s claim, Jed Dietrich, Esq. and the defense attorneys agreed to participate in a mediation with an experienced mediator, James Morris. A mediation is a setting in which both parties to a lawsuit can come together to discuss issues in the case and attempt to reach a resolution. The mediator’s role in a mediation is to help both parties have a discussion, as well as assess the true value of their respective cases and the potential risks associated with going to trial. As a result of Jed Dietrich, Esq.’s diligent pursuit, Mr. Frederick secured monetary compensation in the amounts of $625,000 from Flower City Interiors and $625,000 from Carey Lake Restaurant. In all, Mr. Frederick’s settlement totaled $1,250,000 for his pain and suffering as a result of the December 14, 2007 incident.

WERE YOU, OR A LOVED ONE, INJURED AS A RESULT OF A FALL FROM A ROOF OR RAFTER IN BUFFALO, NIAGARA FALLS, ROCHESTER, ALBANY OR OTHER PARTS OF NEW YORK STATE?

CALL JED DIETRICH, ESQ. AND HIS TEAM OF AGGRESSIVE, TENACIOUS AND HARDWORKING BUFFALO, NEW YORK CONSTRUCTION WORKER FALL ACCIDENT LAWYERS AT (716) 839-3939 FOR THE HELP THAT YOU NEED!