$1,186,620 Settlement for 49-Year-Old Woman and Her Husband Injured in a Rear-End Collision in Buffalo, New York 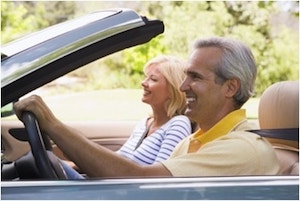 On May 19, 2000, forty-nine-year-old Erlein Benton and her husband, John Benton, sustained serious injuries as a result of a rear-end car accident. The collision occurred while the couple was stopped at a red light at the intersection of Bailey Avenue and Broadway in Buffalo, New York. The forceful collision resulted in injuries to Mrs. Benton’s neck and right shoulder and to Mr. Benton’s jaw.

Jed Dietrich, Esq. aggressively pursued Mr. and Mrs. Benton’s personal injury claims by suing Isaac B. Thompson, the driver of the vehicle that caused the collision, and Comtec of Western New York, Inc., the owner of the vehicle driven by Mr. Thompson.

Mr. Benton suffered temporomandibular-joint dysfunction (TMJ). TMJ is known to cause pain in a person’s jaw joint and the surrounding muscles that control movement of the jaw.

The defense argued that the injuries to Mr. and Mrs. Benton were not caused by the collision because the impact was minor, having resulted in minimal damage to the bumper of their vehicle.

JED DIETRICH, ESQ., RECOGNIZED AS A BEST LAWYER OF AMERICA, STRIVES TO PROVIDE THE HIGHEST LEVEL OF PERSONAL INJURY SERVICE TO THE PEOPLE OF WESTERN NEW YORK AND BEYOND.

JED DIETRICH, ESQ. IS AN EXPERIENCED TRIAL LAWYER WHO IS READY TO AGGRESSIVELY AND TENACIOUSLY PURSUE THE COMPENSATION YOU DESERVE BY PREPARING YOUR CASE AS THOUGH IT WILL GO ALL THE WAY TO TRIAL.

CONTACT THE DIETRICH LAW FIRM P.C. TODAY AT (716) 839-3939 FOR THE ZEALOUS REPRESENTATION THAT YOU DESERVE.