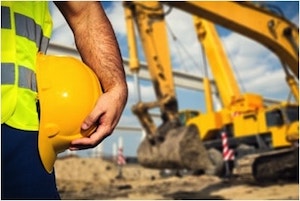 On October 1, 2001, thirty-eight-year-old John Guzzo was working as a cement finisher. On this particular day, Mr. Guzzo was working on a sewer tie-in at a job site on Military Road in Buffalo, New York when the 14-foot trench he was in collapsed. The trench collapse caused Mr. Guzzo serious bodily injuries.

Jed Dietrich, Esq., an experienced Buffalo, New York personal injury lawyer, aggressively and tenaciously pursued Mr. Guzzo’s personal injury claim by filing a lawsuit against the owners of the job site, the City of Buffalo and the Buffalo Municipal Housing Authority. The lawsuit alleged that the defendants violated Labor Law § 241(6) by failing to adequately supervise Mr. Guzzo and/or failing to make the trench safe for Mr. Guzzo. Labor Law § 241(6) obligates contractors to provide “reasonable and adequate protection and safety” to employees and others working in areas of construction, excavation and demolition work.

As a result of the trench collapse, Mr. Guzzo suffered tears of his anterior cruciate ligament (ACL) and medial collateral ligament (MCL) in his knee, which required surgical intervention to repair. On February 8, 2002, Mr. Guzzo underwent arthroscopic surgery with Dr. Thaddeus Szarzanowicz, a board-certified orthopedic surgeon. Following the surgery, Mr. Guzzo required nearly eight months of physical therapy treatment to rehabilitate. Despite these attempts to repair his injured knee, Mr. Guzzo continued to suffer residual knee pain. Mr. Guzzo’s severe injuries caused him to be unable to work for nearly 2.5 years after the incident.

The defendants argued that Mr. Guzzo was negligent because he was an experienced laborer and should have shored the trench if he believed it to be unsafe. Trench shoring is a process of temporarily bracing the walls of a trench in an effort to prevent the trench from collapsing or caving in. Additionally, the defendants argued that Mr. Guzzo was able to perform a different form of work at a comparable salary, which, they argued, reduced his wage claim.

WERE YOU INJURED IN A TRENCH COLLAPSE ACCIDENT OR OTHER CONSTRUCTION ACCIDENT AT A CONSTRUCTION, EXCAVATION OR DEMOLITION SITE IN BUFFALO, NIAGARA FALLS, ROCHESTER OR ELSEWHERE IN NEW YORK STATE?

CALL JED DIETRICH, ESQ., AN EXPERIENCED BUFFALO, NEW YORK TRENCH COLLAPSE ATTORNEY, TODAY AT (716) 839-3939 FOR THE AGGRESSIVE AND TENACIOUS LEGAL REPRESENTATION THAT YOU NEED TO PURSUE THE COMPENSATION THAT YOU DESERVE.