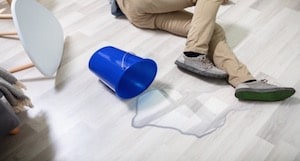 Slip and fall accidents remain an overwhelming threat to one’s safety in Western New York. Annually, millions of people suffer from falls in the United States. One out of every five falls results in serious injuries such as bone fractures or head injuries, according to the Center for Disease Control. More than 800,000 people are hospitalized because of fall injuries each year.

As slip and fall accidents regularly result in serious injuries, you want the best personal injury representation to help ease the process during your recovery. Dial the Dietrich Law Firm P.C., recognized as a Best Law of America, immediately to discuss your accident with top rated West Seneca, New York slip and fall injury attorneys. Jed Dietrich, Esq. has obtained over 175 million dollars in settlements and verdicts on behalf of his clients. Our firm is available for you 24 hours per day, 7 days per week.

How Is Fault Established In A West Seneca, New York Car Accident?

After suffering a serious injury in a West Seneca, New York slip and fall accident, it may be difficult to determine who is at fault. The following factors could be used to determine the at-fault party:

The third item can be challenging to prove. Still, culpability can be determined if it is established that a property owner or employee acting reasonably would have had time to acknowledge the issue and correct it before the incident occurred. The Dietrich Law Firm P.C.’s team of seasoned West Seneca, New York slip and fall injury attorneys has the experience necessary to help secure your best possible result. Jed Dietrich, Esq., recognized as a New York Super Lawyer, has brought over 100 cases to trial in his years of experience. Call the Dietrich Law Firm P.C. now at 716-839-3939 for a free consultation today.

What Are The Common Causes Of West Seneca, New York Slip And Fall Accidents? 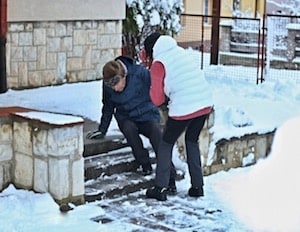