The Dietrich Law Firm, P.C., Is Recognized as a Best Law Firm of America Because We Know How to Ascertain Justice. Founded by Super Lawyer Jed Dietrich, Esq., We Are Committed to Providing Unparalleled Personal Injury Service to Anyone Who Was Injured in a Rochester, New York, Bicycle Crash or Bike Lane Accident. 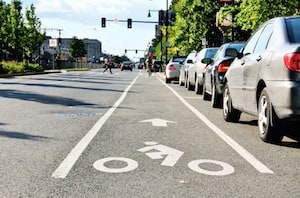 The City of Rochester has committed itself to making its roads more bicycle-friendly than ever before. Recently, Rochester has constructed an estimated 64 miles of bicycle lanes, tracks, and sharrows. While most of Rochester’s existing bicycle infrastructure is concentrated around the city center and the banks of the Genesee River, dedicated paths extend as far west as New York Route 390. According to the city’s website, there are plans to add 76 miles of bike paths and trails in the coming years.

Although Rochester may be working to build more bike lanes, many motorists are not yet accustomed to sharing the road. When bicycles and motorized vehicles collide, the results can be devastating. Unfortunately, popular misconceptions lead some people to treat bicycle accidents with skepticism, even when a cyclist was following local law and riding in a bicycle-only lane.

If you, or a loved one, have been seriously injured in a Rochester-area bicycle accident that was not your fault, you deserve vigorous representation. The Dietrich Law Firm P.C. is committed to providing our clients with the highest level of personal injury service. Our hard work and ceaseless efforts to protect our clients’ rights have won us recognition as a Best Law Firm of America. Our experienced team of attorneys knows what it takes to convince an insurance company, a judge, or a jury that your injuries demand compensation. Let us help you overcome your Rochester bicycle accident: send us a message online or call us at 585-939-3939 to schedule your free, no-obligation consultation as soon as possible.

Anyone who passes through Rochester’s City Center knows that the local government has started aggressively expanding bicycle-related infrastructure. This infrastructure comes in several different forms:

Bicycle lanes and other bicycle-only infrastructure are supposed to protect cyclists from faster, heavier vehicles. However, inattentive, distracted, and negligent drivers can put bicycle riders at risk even when they are alert and following the rules of the road. The costs of a Rochester bike lane accident can be crippling: you may find yourself saddled with medical debt, unable to work, and deprived of the income you need to live. The Dietrich Law Firm P.C. could help you file a personal injury lawsuit for recompense.

Do not let your family be driven to financial ruin after a bike lane accident: the Dietrich Law Firm P.C.’s attorneys could help. Since we work on a strict contingency basis, you do not have to pay us anything unless we win your case. If we succeed, we only take a percentage of your settlement—not an exorbitant fee you have to pay out-of-pocket. Please call us at 585-939-3939 to schedule your free consultation.

DID YOU OR A LOVED ONE SUFFER INJURIES AFTER BEING INVOLVED IN A ROCHESTER BICYCLE ACCIDENT?

CALL JED DIETRICH, ESQ., AND HIS TEAM OF HIGHLY QUALIFIED ROCHESTER, NEW YORK, PERSONAL INJURY ATTORNEYS AT 585-939-3939 NOW TO OBTAIN THE HELP THAT YOU NEED! 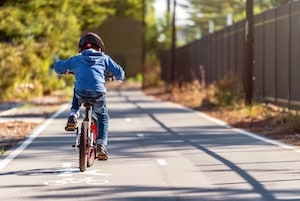 New York State law is clear-cut: although many people believe that bicycles do not belong on the road, cyclists enjoy the same rights and privileges as ordinary motorists. The City of Rochester requires that most bicyclists avoid sidewalks whenever possible. The Rochester General Ordinances specify that all cyclists over the age of 12 must only operate their bicycles in or on bicycle lanes and cycle tracks. However, if a bicycle lane or cycle track is not available, then cyclists should:

So long as bicyclists follow New York State law and Rochester general ordinances, they are allowed to enjoy Rochester roads. Unfortunately, even responsible enthusiasts who stick to bicycle lanes can still get injured in an accident, especially when motorists are distracted, reckless, or otherwise negligent. Since cyclists lack the protection of airbags and metal frames, they are more likely to suffer serious and life-altering injuries. The costs of recovery can be immense and may seem insurmountable.

The Dietrich Law Firm P.C. believes in the rule of law. Although motorists may find it difficult to share the road with bicyclists, they still have a legal obligation to keep them safe. Our attorneys could help you gather evidence and build a compelling case so you can obtain maximum compensation. However, you have to act fast: New York State has a strict statute of limitations on all bicycle injury claims. If you wait too long to take action, you could lose your chance at justice. Please call us at 585-939-3939 to schedule your free initial consultation.

Call the Dietrich Law Firm P.C. immediately at 585-939-3939 so that our aggressive, tenacious, and hardworking personal injury lawyers can fight to obtain the best result for your personal injury claim in Rochester, New York. We are available 24 hours a day, 7 days a week, and there is never a fee until we WIN for you!