Jed Dietrich, Esq., is Recognized as a Super Lawyer and Elite Lawyer of America. If Another Driver Caused Your Injuries by Failing to Yield the Right-of-Way to an Emergency Vehicle, You Deserve the Best Representation. 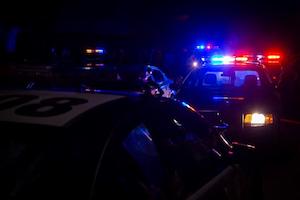 When the Rochester police are called to investigate a crime or Rochester firefighters receive a report of a burning building, time is often of the essence. New York law allows certain emergency vehicles, including police cars, fire trucks, and ambulances, to exceed posted speed limits and disregard ordinary traffic regulations whenever they turn on their sirens and colored flashing lights. Since emergency vehicles displaying flashing lights have the right-of-way in traffic, other motorists have a legal obligation to move over and make space for first responders. When people fail to yield to police cars, fire trucks, and ambulances, they create a serious safety hazard, endangering not only themselves but everyone around them. A driver who refuses to cede the right-of-way to an emergency vehicle could cause a catastrophic accident.

The Dietrich Law Firm P.C. believes that nobody should ever have to pay the price for another person’s poor decision. If you, or a loved one, have been injured in a Rochester car accident caused by a failure to yield the right-of-way to an emergency vehicle, you could be entitled to significant compensation. However, filing and fighting a personal injury lawsuit could present unexpected challenges, especially if the other motorist claims that your own negligence caused or contributed to the accident.

You do not have to accept uncertainty, physical pain, and financial ruin. The Dietrich Law Firm P.C. could help you obtain the legal relief you need and the justice you deserve. Please send us a message online or call us at (585) 939-3939 today to schedule your free, no-obligation consultation.

Under Section 1144 of New York’s Vehicle and Traffic Law, drivers must not only yield the right-of-way to an approaching emergency vehicle but:

Emergency vehicles do not only have the right-of-way when they are moving. New York’s Move Over Law also obliges drivers to exercise increased caution if they see first responders, construction workers, and hazard vehicles equipped with flashing lights, vests, or reflectors. The New York State Police Department explains that the Move Over Law is intended to protect law enforcement officers, emergency workers, tow truck operators, service vehicle operators, and maintenance workers from being injured on the job. Section 1144-a of the Vehicle and Traffic Law requires that drivers use due care when approaching an emergency vehicle that displays any combination of red, white, or blue emergency lighting; flashing amber lighting; or blue or green lighting.

In general, motorists must reduce their speed and move from the lane immediately adjacent to the emergency or hazard unless they are prevented from doing so by traffic or another dangerous condition. While any failure to abide by New York’s traffic law could result in a moving violation or misdemeanor offense, negligent motorists could also cause accidents—potentially injuring first responders or other drivers. Since failure to yield the right-of-way to emergency vehicle accidents often involve significant speed differentials, the resulting injuries could be severe.

HAVE YOU, OR A LOVED ONE, BEEN INJURED IN A ROCHESTER OR MONROE COUNTY CAR ACCIDENT CAUSED BY ANOTHER MOTORIST’S FAILURE TO YIELD THE RIGHT-OF-WAY TO AN EMERGENCY VEHICLE?

CALL JED DIETRICH, ESQ., AND HIS TEAM OF HIGHLY QUALIFIED ROCHESTER, NEW YORK, PERSONAL INJURY ATTORNEYS AT (585) 939-3939 NOW TO OBTAIN THE HELP THAT YOU NEED!

Contact a top rated Rochester car accident lawyer immediately if you have been injured in a serious failure-to-yield car accident that was not your fault. Jed Dietrich, Esq., has spent more than 20 years standing up for the rights of accident victims across Rochester, Monroe County, and Western New York. Contacting the Dietrich Law Firm P.C. is easy, fast, and free: simply send us a message online or call us at (585) 939-3939 to schedule your no-charge consultation as soon as possible.

Call the Dietrich Law Firm P.C. immediately at (585) 939-3939 so that our aggressive, tenacious, and hardworking personal injury lawyers can fight to obtain the best result for your personal injury claim in Rochester, New York. We are available 24 hours a day, 7 days a week, and there is never a fee until we WIN for you!