Jed Dietrich, Esq., Recognized as A Best Lawyer of America and One of The Country’s Top Trial Attorneys, and His Team of Exceptional Attorneys at the Dietrich Law Firm P.C., Acclaimed as a Best Law Firm of America, Fight Uncompromisingly to Demand the Maximum Damages for Car Accident Victims of Drunk Drivers in Rochester, New York. 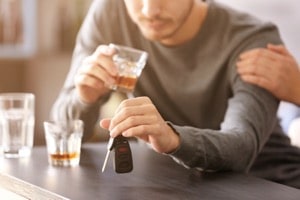 While everyone knows that it is illegal to operate a motor vehicle while intoxicated, accidents caused by driving under the influence of alcohol continue to happen at an alarming rate; drunk drivers are a problem not just in New York state but nationwide. In fact, the Centers for Disease Control and Prevention estimates that drunk drivers kill an American every 50 minutes.

Unfortunately, Rochester is no exception to the trend some advocates have termed America’s “impaired driving epidemic.” You might have heard that Rochester and Monroe County law enforcement are arresting fewer drunk drivers than ever before. However, this decrease in arrests does not mean that local rule-breakers have stopped driving drunk. Instead, our police force lacks the resources it needs to detect and arrest impaired motorists.

With fewer police cars and deputies assigned to traffic patrol, recognizing the signs of a drunk driver is all the more important and could prove the difference between getting involved in a crash and avoiding one. Unfortunately, even the best-prepared and most alert motorist cannot avoid every accident. If you were hurt by a drunk driver in Rochester, New York, you should not have to pay the price of another person’s bad decision. Call the Dietrich Law Firm P.C. at 585-939-3939 today to discuss your options for recompense.

The Dangers Of Driving Drunk 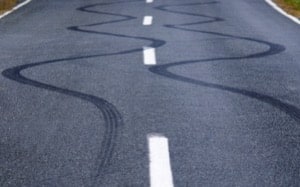 During the novel coronavirus pandemic, an estimated 43% of American motorists have admitted to drinking and driving at least once. Despite the inherent risk, many people seem to believe that driving carefully after drinks is a safe alternative to calling a cab. Of course, impaired driving is never safe. Government data scientists estimate that alcohol consumption plays a role in up to 28% of all traffic fatalities nationwide. Drunk driving is dangerous because alcohol:

Alcohol’s ability to slow people’s reaction times and reflexes while compromising their judgment is the biggest reason that it factors into so many serious car accidents. On average, over a dozen people are killed each year—and hundreds more injured—by drunk drivers in and around Rochester, New York.

If you, or a loved one, have been hurt by an impaired driver, you need to know your rights. Even if the at-fault motorist is facing prosecution or has already been convicted, a court might not award you sufficient restitution to cover your medical expenses, let alone reimburse you for the time you took away from work while in recovery. The Dietrich Law Firm P.C. can help you get compensated for the damages you sustained after getting hit by a drunk Rochester driver. Please send us a message online to schedule your free initial consultation.

DID A DRUNK DRIVER IN ROCHESTER HURT YOU OR A LOVED ONE?

CALL JED DIETRICH, ESQ., AND HIS TEAM OF HIGHLY QUALIFIED ROCHESTER, NEW YORK, PERSONAL INJURY ATTORNEYS AT 585-939-3939 NOW TO OBTAIN THE HELP THAT YOU NEED!

Indications of a Drunk Driver

Monroe County’s five-year report on motor vehicle crashes highlights an alarming trend. On average, drunk drivers are responsible for over 500 crashes each year. Of these 500 crashes, about 50% result in reported injuries. Although drunk driving accidents can occur anywhere, statistically significant trends suggest they are most likely to occur at certain times:

Motorists might exercise caution when visiting or transiting areas such as:

Nevertheless, people may drive drunk anywhere, at any time of the day, on any day of the year. People who exhibit the following behaviors may be driving drunk:

However, even vigilant motorists cannot avoid every accident: many people who are injured in drunk driving Rochester car accidents often have no time to react and get themselves out of harm’s way. But no matter how a drunk driving accident happens, the consequences can be truly devastating, costing victims not only tens of thousands of dollars in medical expenses but their sense of personal safety and security, too.

The Dietrich Law Firm P.C. is committed to holding Rochester drunk drivers responsible for their negligence. After all, nobody should have to pay for another person’s negligence. If you, or a loved one, were hurt by an impaired motorist, you could be eligible for compensation through an insurance settlement or personal injury lawsuit. Do not suffer in silence: call Jed Dietrich, Esq., at 585-939-3939 to get the recovery you need and the justice you deserve.

Call the Dietrich Law Firm P.C. immediately at 585-939-3939 so that our aggressive, tenacious, and hardworking personal injury lawyers can fight to obtain the best result for your personal injury claim in Rochester, New York. We are available 24 hours a day, 7 days a week, and there is never a fee until we WIN for you!