Jed Dietrich, Esq., Recognized As A Best Lawyer of America, Is Ready to Defend Individuals in the Buffalo, New York, and the Greater New York Area Who Have Been Victims of Personal Injury Accidents. 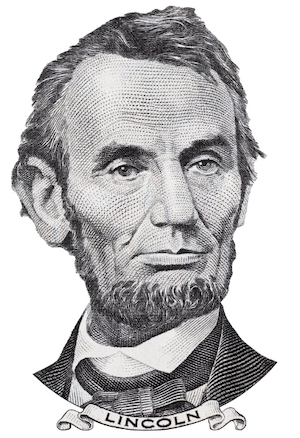 Many today consider Abraham Lincoln to be an important national figure. He was a soldier, a respected lawyer, a congressman, a husband, and a father, and it was with these accomplishments that he stepped into his role as the 16th President of the United States of America. An imposing 6’4”, Abraham Lincoln led a life marked by his dedication to justice, truth, and America. His legacy continues to impact the United States, not only for his work towards human equality and the abolishment of slavery but also for the dedication demonstrated in other aspects of his life.

Respected by many as an accomplished lawyer, Lincoln was an exemplary attorney and a model for all subsequent generations of law practitioners. At the Dietrich Law Firm P.C., we strive to emulate the dedication and determination demonstrated by Lincoln. We are available 24 hours per day and 7 days per week to answer your questions. Call us today at (716) 839-3939 or contact us online to receive your free consultation.

Prior to his two terms as President of the United States, Abraham Lincoln spent twenty-five years practicing law in Springfield, Illinois. Being from a poor family, Lincoln could not afford to study at law school, so his education was instead comprised of self-study and dedication. John T. Stuart, a lawyer that first encouraged Lincoln’s interest in studying law, engaged him as a junior partner in 1837. Lincoln later entered into a partnership with a lawyer named Stephen Logan and went on to gain renown in the Illinois Supreme Court handling bankruptcy cases. In 1844, Lincoln began a new partnership with William Herndon, which was interrupted by a two-year stint in U.S. Congress, after which Lincoln returned to practicing law.

Lincoln took on dozens of cases during those twenty-five years and came to be regarded as one of the best railroad case lawyers in Illinois. An “outstanding all-round lawyer” whose legacy “looms larger than ever,” Lincoln was respected and honest and even found time to offer advice to other aspiring lawyers. Most often, Lincoln advised young lawyers to read books of law, as he had done, as that would “make a lawyer of [them] quicker than any other way.” During his time as a lawyer in Illinois, Lincoln came to know hundreds of citizens and, in turn, came to be known by them. He was elected as the presidential candidate for the Republican Party in 1860, beating out three other accomplished lawyers for the position. In November of the same year, Lincoln was elected as the 16th President of the United States.

For over twenty years, Jed Dietrich, Esq. has successfully represented individuals in personal injury accident cases throughout the Western New York area. Today, he is regarded to be a Best Lawyer of America and is fully capable of representing you in your personal injury case. To receive your free consultation, call us now at (716) 839-3939 or visit us online.

DID YOU, OR A LOVED ONE, SUFFER INJURIES FROM AN ACCIDENT IN BUFFALO, NEW YORK?

President Lincoln is perhaps best known for his efforts in addressing the inequalities present in American society. In 1863 he signed the Emancipation Proclamation, a document that decreed slaves living in Confederate states were henceforth free men. Two years later, the 13th Amendment to the U.S. Constitution was passed by Congress. It declared that slavery in the United States was to be abolished. President Lincoln’s status as a champion for equality across the United States did not end with his assassination. On August 28, 1963, Martin Luther King, Jr. delivered his acclaimed “I have a dream” speech from the steps of the Lincoln Memorial in Washington, D.C. In his opening lines, King acknowledged President Lincoln’s legacy, and the momentous change in America first begun when President Lincoln signed the Emancipation Proclamation. 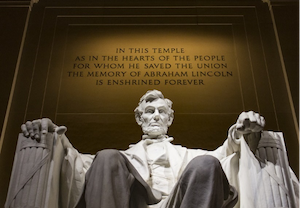 Today, the footsteps of President Lincoln continue to reverberate across the world. His face peers from Mount Rushmore, from the Lincoln Monument, and from countless statues, paintings, and pennies in pockets across the United States. Jed Dietrich, Esq., recognized as an American Institute of Trial Lawyers Litigator of the Year, founded the Dietrich Law Firm P.C. in 2005 with a mission to provide the highest level of personal injury service to victims.

Our highly experienced attorneys will develop the most effective legal strategy to prove liability, enhance your chances of obtaining the maximum possible compensation for all injuries suffered, and ensure that justice prevails. Insurance companies have paid Jed Dietrich, Esq. and his elite team of attorneys over $175,000,000.00 in verdicts and settlements to compensate his clients for their serious personal injuries. The Dietrich Law Firm P.C., recognized as a Best Law Firm of America, is available 24 hours per day and 7 days per week by calling (716) 839-3939 or by filling out the online consultation form. Contact us today so that we can help you!