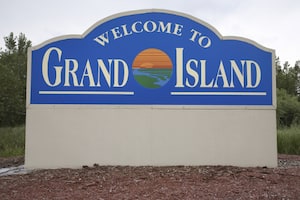 Located on the Niagara River and situated between Southern Ontario, Canada and Western New York, Grand Island is the third largest island in New York State. With a population of about twenty thousand and heavy numbers of visitors who flock to the island’s beautiful parks and attractions, Grand Island roads and highways can be traffic-filled and dangerous to drive on.

Furthermore, when driving on Grand Island, one often has to navigate the island’s bridges and thoroughfares, which can make for difficult driving conditions, especially when one is unfamiliar with the territory. The island is intersected by Western New York’s Interstate-190 which has a speed limit of 65 miles per hour. Such high speeds combined with high-stress driving conditions caused by traffic and navigating Grand Island’s bridges undoubtedly makes Grand Island, New York a rather difficult area to drive in.

As evidenced by our Google 5 Star rating and our clients' testimonials, the Dietrich Law Firm P.C. has earned recognition time and time again for providing clients with the highest level of personal injury service. Our firm has secured over $175,000,000.00 in settlements and verdicts on behalf of our clients, and our highly experienced and elite team of car accident lawyers in Grand Island, New York are prepared to work tirelessly on your behalf to resolve your case to the best possible degree. Call us today at 716-839-3939 for your free consultation. 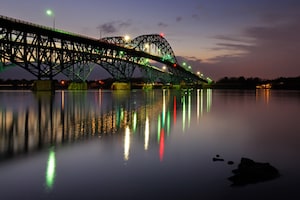 DID YOU, OR A LOVED ONE, SUFFER INJURIES IN A CAR ACCIDENT IN GRAND ISLAND, NEW YORK?

Local Hospitals You Might Be Transported To After A Grand Island, New York Car Accident

If you suffered injuries in a car accident on, or near, Grand Island, New York, you may receive medical attention from one of the following medical centers:

After receiving immediate medical attention, it is important to obtain legal representation if you were injured in a car accident. The Dietrich Law Firm P.C. and its highly-ranked and elite team of Grand Island, New York car accident attorneys can help you through this difficult time by investigating your car accident and handling every aspect of your personal injury case to the utmost of our ability.

Jed Dietrich, Esq. has exclusively committed himself to handling personal injury cases for over twenty years and has been recognized as a New York Super Lawyer for his unparalleled advocacy for his clients. Our highly-experienced and hardworking car accident lawyers in Grand Island, New York will battle the negligent parties that injured you to get you the compensation that you deserve. Call us today at 716-839-3939 for your FREE consultation.

Call the Dietrich Law Firm P.C. immediately at 716-839-3939 so that our aggressive, tenacious and hardworking personal injury lawyers can fight to obtain the best result for your personal injury claim in Buffalo, New York. We are available 24 hours per day and 7 days per week, and there is never a fee until we WIN for you!