$7,000,000 Settlement for a 37-Year-Old Woman Injured Because of Lifeguard Negligence 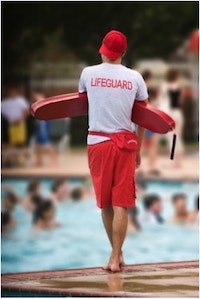 On August 21, 2009, the Plaintiff, 37-year-old Jannette Morales, went swimming in the Rees-Allison Pool located within the Asarese-Matters Community Center. At some point during her time in the Rees-Allison pool, she became unconscious, but went unnoticed by the attending lifeguards. Eventually, Ms. Morales was rescued by her son, but not before she sustained serious injuries.

Ms. Morales suffered hypoxia, which resulted in severe damage to her brain. Hypoxia is defined as a condition in which the body or a region of the body is deprived of enough oxygen supply. In addition to hypoxia, Ms. Morales suffered cardiac arrest and was put into a medically-induced coma at the hospital while doctors assessed the damage to her brain. Ms. Morales was confined to a hospital for three weeks and underwent six weeks of inpatient rehabilitation following that. Ms. Morales was also unable to perform any of her daily activities independently, including walking and dressing herself, for at least six months following this incident and required continuous speech therapy, physical therapy and psychiatric treatment.

Jed Dietrich, Esq. aggressively fought for Ms. Morales and obtained a settlement of $7,000,000 by suing Rees-Allison Pool; Asarese-Matters Community Center; the owners and operators of the Community Center, the City of Buffalo and its Division of Parks & Recreation; Erie County and the Erie County Department of Parks, Recreation and Forestry. Jed Dietrich, Esq. proved the defendants’ negligence by pointing out that the pool’s lifeguards were not properly supervising the pool and its visitors. Had the lifeguards on duty been vigilant, they would have noticed that Ms. Morales was face-down and motionless in the pool for an extended period of time and should have been able to address the situation. Prompt action could have potentially prevented the permanent injury that Ms. Morales sustained from being unconscious for so long.

The defense team argued that Ms. Morales’s injuries could have been a result of the seizure disorder that she had been diagnosed with previously. An additional argument was made that Ms. Morales was not appropriately taking her prescription medication to prevent the onset of a seizure and that she was responsible for notifying the lifeguards of her condition.

Jed Dietrich, Esq. successfully rebutted those arguments by providing multiple witnesses to support his theory of negligence. One witness reported that a lifeguard was using his cell phone while on duty and was so involved with his cell phone that he was treating it as a “lifeline.” In addition, a lifeguard that was on duty at the time of the incident claimed to have seen Ms. Morales motionless in the pool, but did not feel it was a concern and did not address the situation.

In arguing Ms. Morales’s case, Jed Dietrich, Esq. pointed to the Red Cross Lifeguard Guidelines. The Red Cross Lifeguard Guidelines state that a lifeguard must promptly investigate all instances in which swimmers are floating face-down. Unfortunately, Ms. Morales was floating face-down for approximately five minutes before her son was able to get her out of the pool—without any lifeguard action.

By effectively gathering evidence to support Ms. Morales’s claim, including statements from the witnesses at the scene as well as expert witness testimony, Jed Dietrich, Esq. was able to obtain $7,000,000 as compensation for Ms. Morales’s injuries that resulted from lifeguard negligence.

WERE YOU, OR A LOVED ONE, INJURED AS A RESULT OF A LIFEGUARD’S NEGLIGENCE?

CALL JED DIETRICH, ESQ. AND HIS TOP RATED AND HIGHLY EXPERIENCED TEAM OF BUFFALO, NEW YORK LIFEGUARD NEGLIGENCE LAWYERS AT (716) 839-3939 NOW TO OBTAIN THE HELP THAT YOU NEED!