38 TIMES INSURANCE COMPANIES HAVE PAID JED DIETRICH, ESQ. $1 MILLION DOLLARS OR MORE
Home
Cases of Note
$1,500,000 Settlement for a 40-Year-Old Woman Who was Rear-Ended by a Driver Who Fell Asleep at the Wheel

Kimberly A. Sobus and David Sobus, Individually and as Husband and Wife, v. Merrimac Farms, Inc. and Tarryn M. McCauley 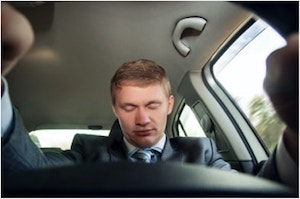 On June 26, 2001, thirty-six-year-old Kimberly Sobus was attempting a left-hand turn from Main Road onto Route 20A in Warsaw, New York, when she was suddenly hit from behind. The vehicle that hit Ms. Sobus was driven by the defendant, Tarryn McCauley. As a result of the collision, Ms. Sobus experienced severe neck injuries.

Jed Dietrich, Esq. sued Ms. Sobus’ case in Wyoming County Supreme Court. The lawsuit alleged that the driver who hit Ms. Sobus fell asleep at the wheel, causing the collision. Additionally, Jed Dietrich, Esq. named Merrimac Farms Inc., the owner of the vehicle that hit Ms. Sobus, as a defendant. The defense did not contest liability.

Ms. Sobus suffered a C5-6 disc herniation in her neck because of the forceful collision. In an attempt to improve her pain and range of motion, Ms. Sobus attended physical therapy and chiropractic treatment sessions. However, these conservative treatment measures failed to alleviate her pain and Ms. Sobus required the attention of an orthopedic surgeon, Dr. Cameron Huckell.

The defense argued that Ms. Sobus had a history of neck pain that pre-dated the June 26, 2001 collision and that her injuries and surgery were not related to the subject collision. Ms. Sobus did have a prior neck injury and attended chiropractic treatment sessions for several years prior to the June 2001 collision.

Despite Ms. Sobus’ history of neck pain, Jed Dietrich, Esq. successfully negotiated a $1,500,000 settlement to compensate Ms. Sobus for her damages that resulted from the June 26, 2001 collision.

The $1,500,000 that Ms. Sobus received from the defendants was placed into a 20-year investment structure that has an overall expected payout of $2,479,046. A structured settlement is a financial arrangement in which a plaintiff, like Ms. Sobus, agrees to receive all or part of a settlement according to a periodic payment structure, instead of one initial lump sum payment. Structured settlements often yield larger payouts than do up-front lump sum payouts because the settlement accumulates interest over time. In addition, a structured settlement can protect a plaintiff who faces wage loss and medical expenses in the future by allowing for smaller, periodic payments to the plaintiff which reduces the temptation to make extravagant or frivolous purchases when presented with a large sum of money.

DID YOU REQUIRE A SURGERY TO YOUR NECK OR BACK AFTER A REAR-END CAR ACCIDENT THAT TOOK PLACE IN BUFFALO, NIAGARA FALLS, ROCHESTER, ALBANY OR ELSEWHERE IN NEW YORK STATE?

CALL THE DIETRICH LAW FIRM P.C., RECOGNIZED AS A BEST LAW FIRM OF AMERICA, AND OUR TEAM OF BUFFALO, NEW YORK REAR-END CAR ACCIDENT ATTORNEYS TODAY AT (716) 839-3939 FOR ASSISTANCE WITH YOUR PERSONAL INJURY CLAIM!