Jed Dietrich, Esq. and His Team of Aggressive, Tenacious and Hardworking Zantac Injury Lawyers in Buffalo, New York Will Investigate Your Zantac Illness Claim and Fight to Attempt to Obtain the Best Result Possible For You. 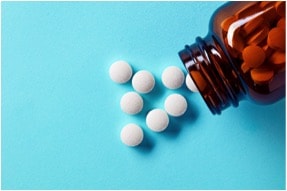 Ranitidine medicines, a common brand of which is Zantac, are commonly taken to alleviate heartburn, stomach ulcers and gastroesophageal reflux disease (GERD). Zantac works to decrease the amount of acid in your stomach.

In September 2019, the U.S. Food and Drug Administration (FDA) warned that Zantac and other ranitidine medicines contain a chemical compound called N-nitrosodimethylamine (NDMA). NDMA is classified as a probable human carcinogen. NDMA is a component of rocket fuel, pesticides and several other industrial processes. According to the World Health Organization, there is conclusive evidence that NDMA is a potent carcinogen in experimental animals. Likewise, the Environmental Protection Agency (EPA) classifies NDMA as a B2, or probable human carcinogen and a priority toxic pollutant.

What Kinds of Injuries Can Zantac Cause? 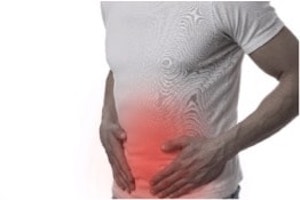 The FDA released a statement that the tests done on Zantac showed that the NDMA amounts in Zantac exceeded the acceptable level. Furthermore, the FDA found NDMA in ranitidine syrup, a medicine commonly given to children and infants.

A study from Stanford has shown that when Zantac is ingested, it causes an increased amount of NDMA in the human body. This is because Zantac is an unstable molecule and can degrade quickly. Consequently, this creates the carcinogen, NDMA, as a byproduct. Additionally, when Zantac is heated, it produces higher amounts of NDMA. Increased temperatures could easily occur during shipment of the drug. Because Zantac is taken orally, any organ in the digestive tract can potentially be affected by the drug.

The EPA states that short-term exposure to NDMA can cause the following symptoms:

Listed below are several cancers that have been linked to long-term Zantac exposure:

If you, or a loved one, have taken prescription Zantac or over-the-counter Zantac and have been diagnosed with gastric cancer, esophageal cancer, prostate cancer, colon cancer, colorectal cancer or other forms of cancer, contact the legal team at the Dietrich Law Firm P.C. today. Our top rated attorneys and experienced staff will investigate your Zantac claim to attempt to get you the compensation you deserve. Jed Dietrich, Esq. and his experienced team of Buffalo, New York Zantac injury attorneys have secured in excess of $175,000,000.00 on behalf of their clients who were harmed by the actions of someone else in Buffalo, Niagara Falls, Rochester and throughout New York State. Contact us today at 716-839-3939 for your free consultation. We can be reached 24 hours per day and 7 days per week, and there is never a fee unless we WIN for you!

WERE YOU, OR A LOVED ONE, DIAGNOSED WITH A SERIOUS ILLNESS AS A RESULT OF CONSUMING ZANTAC IN BUFFALO, NIAGARA FALLS, ROCHESTER OR OTHER PARTS OF NEW YORK STATE?

CALL JED DIETRICH, ESQ. AND HIS TOP RATED AND HIGHLY EXPERIENCED TEAM OF ZANTAC INJURY LAWYERS IN BUFFALO, NEW YORK AT 716-839-3939 NOW FOR THE HELP THAT YOU NEED!