What Made 3M's Earplugs Defective?

Jed Dietrich, Esq., a Member of the Million Dollar Advocates Forum and Premier Lawyers of America, Will Aggressively and Tenaciously Fight to Attempt to Obtain the Best Result for Service Members and Veterans Who Have Suffer ed Hearing-Related Injuries Resulting from 3M’s Defective Earplugs. 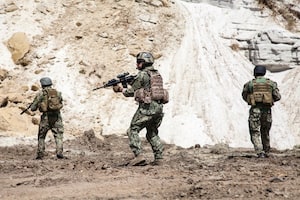 From 2003 to 2015, U.S. military service members were provided earplugs by the multinational conglomerate 3M. Both 3M’s Combat Arms Earplugs and Dual-Ended Combat Arms Earplugs, Version 2 (CAEv2) were designed to suppress deafening blasts, rockets, machine gunshots, and other loud sounds typically associated with combat and military training. Nevertheless, 3M failed to alert the U.S. Armed Forces and service members that its earplugs were defective. Consequently, 3M’s faulty earplugs may be responsible for causing tinnitus, partial hearing impairment and even total deafness in our service members. We believe that our troops have made so many sacrifices to protect our way of life and should be sufficiently compensated for all their hearing damages and other injuries caused by 3M’s defective earplugs. We greatly value your service to our country and want to help you hold 3M liable for your hearing-related injuries.

The Dietrich Law Firm P.C.’s team of Buffalo, New York defective 3M Combat Arms Earplugs attorneys is highly experienced, aggressive, tenacious and hardworking. We are determined, disciplined and dedicated to obtaining the best possible results for those who suffered hearing impairment resulting from using defective military issued earplugs in Buffalo, New York; Rochester, New York; Niagara Falls, New York; throughout New York State and beyond. Our Best Law Firm of America and American Institute of Personal Injury Attorneys 10 Best Personal Injury Law Firm will fight to obtain the best result for your hearing problems caused by 3M’s defective earplugs. Insurance companies have paid Jed Dietrich, Esq. at least $1,000,000.00, or more, 38 times to compensate his clients for their injuries, and Jed Dietrich, Esq. is ready to put his experience obtaining winning results to use for you. Call us today at 716-839-3939 for your free consultation.

How Were 3M’s Earplugs Supposed To Work? 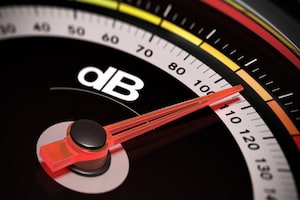 3M’s Combat Arms Earplugs were supposed to offer members of the military the advantages of two separate types of earplugs in one pair. The closed-end (green side) was designed to provide hearing protection from loud constant combat noises such as tanks, heavy machinery and helicopters. The green side was supposed to provide a reduction rating of 22 decibels. Nevertheless, a known design flaw only provided a reduction of 11 decibels—meaning that troops were unsuspectingly exposed to considerably louder amounts of harmful noise.

The other side or open-end was designed to protect against loud intermittent bangs and blasts, such as ordinance explosions, jets and machine gun fire while allowing troops to hear approaching vehicles, crucial verbal battlefield commands and other low-level sounds. Although 3M alleged a 0-decibel rating for the open-end (yellow side), this end did not allow troops to hear vital commands. Further, 3M’s testing on the open-end failed to comply with the required standards and, in reality, resulted in a -2-decibel rating, which signifies an amplification effect.

DID YOU, OR A LOVED ONE, SUFFER A SEVERE HEARING IMPAIRMENT WHILE SERVING IN THE MILITARY AS A RESULT OF USING 3M’S DEFECTIVE COMBAT EARPLUGS?

CALL JED DIETRICH, ESQ. AND HIS TOP RATED AND HIGHLY EXPERIENCED TEAM OF BUFFALO, NEW YORK DEFECTIVE MILITARY EARPLUGS INJURY LAWYERS AT 716-839-3939 NOW TO OBTAIN THE HELP THAT YOU NEED!

The stem of the double-ended earplug was not long enough to allow troops to properly or fully insert either end into their ear canals. Further, the unused side of the earplugs’ symmetrical shape physically blocks the side in use from entering far enough into the ear canal. 3M had the tester roll back the unused end when inserting the earplug to correct this flaw during testing of their Combat Arms Earplugs. Yet instructions provided to troops directed wearers to simply insert the open or closed-end based upon the anticipated usage circumstances. Moreover, the packaging suggests that some users may achieve a more tailored fit by rolling back the un-used side. This suggestion deliberately concealed the reality that the faulty design of the product itself made it necessary for troops to roll back the side to fully benefit from the earplugs’ claimed effectiveness and protect against irreversible hearing damage.

If you, or a loved one, have served in the military and suffered damage to your hearing after using 3M’s defective Combat Arms Earplugs, you should contact Jed Dietrich, Esq. and his top rated team of Buffalo, New York faulty 3M Combat Arms Earplugs attorneys at the Dietrich Law Firm P.C. to learn more about your legal rights. You may have a legal right to compensation for the resulting hearing problems that you have suffered. We are dedicated and determined to get you the best possible result for your injury in Buffalo, New York and throughout New York State. We can be reached 24 hours per day and 7 days per week at 716-839-3939. Call us today!