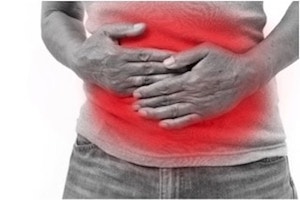 Zantac, also known as ranitidine, is a popular medication used to decrease the production of stomach acid. Ranitidine was first discovered in 1976 and introduced to the market in 1981. It belongs to a class of drugs called H2 blockers (histamine H2-receptor antagonist), which work by blocking histamine and consequently lowering the amount of acid released by stomach cells. Zantac is manufactured in Mexico, but the ingredients are sourced from Spain. Since Zantac was first made available, the drug has been widely used and marketed. In 2018, ranitidine was the 50th most prescribed medication in the United States, with almost 25 million prescriptions. The World Health Organization (WHO) even placed the drug on their List of Essential Medicines (EML), which are considered the safest and most effective medications necessary in every health system.

If you, or a loved one, took the medication Zantac and were diagnosed with cancer, you should contact Jed Dietrich, Esq. and his top rated team of Buffalo, New York Zantac cancer injury lawyers at the Dietrich Law Firm P.C. today! We are dedicated and determined to get you the best possible result after your illness that resulted from taking Zantac in Buffalo, New York or elsewhere in New York State. Call us today at 716-839-3939 for the help that you need.

WERE YOU DIAGNOSED WITH CANCER AS A RESULT OF TAKING ZANTAC?

What Zantac Does and Why it is Used

Zantac has been made widely available both over-the-counter (OTC) and by prescription. Most people use the OTC version of Zantac for heartburn, acid reflux, and a wide variety of other stomach, gastrointestinal and throat issues. In addition, it can serve as a supplement for allergy treatment and hives. More potent Zantac is prescribed for treatment of gastroesophageal reflux disease (GERD), peptic ulcer disease and Zollinger-Ellison syndrome.

Normally, after someone eats, their body naturally releases a hormone called gastrin to help with digestion. Gastrin increases the movements of the stomach so that it can digest food more effectively, and stimulates the release of histamine, which binds to H2 receptors and releases gastric acid to help break down food further. Acid reflux commonly occurs when gastric acid enters the esophagus, which can also cause heartburn. Zantac decreases the amount of gastric acid produced so less of it flows back into the esophagus.

Dosages of Zantac and Possible Side Effects 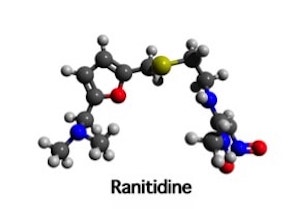 Zantac can be taken in pill form and by injection into a vein or muscle. The typical Zantac dosage ranges from 75 to 150 mg, although some patients are prescribed a 300 mg dosage of Zantac taken once per day. The medication is rated pregnancy category B and was previously considered safe to use during pregnancy. Zantac has even been prescribed to babies suffering from reflux. Some of the most common Zantac and generic ranitidine brand names include:

Common side effects from the use of Zantac and generic ranitidine medications can include headaches, diarrhea or constipation, and burning or pain if taken in injectable form. Liver problems, vitamin B-12 deficiency, low platelet levels in the blood, increased risk of pneumonia, nervous system disorders, slow or rapid heart rate and masking or altering symptoms of stomach cancer are some rare, but more serious side effects that can occur. Zantac has also been associated with a heightened risk of clostridium difficile colitis.

In September 2019, the Food and Drug Administration (FDA) issued a warning that Zantac and other generic versions of ranitidine were contaminated with NDMA. If you have used Zantac or other brands of the drug ranitidine, it is crucial to be aware of the possible dangers associated with Zantac OTC and prescription medications. NDMA (N-Nitrosodimethylamine) is recognized as a probable human carcinogen that could cause cancer after intake over extended periods of time, especially heightening the risk of kidney, liver, and lung tumors.

Since 1999, Jed Dietrich, Esq. has exclusively handled serious product liability and personal injury cases. Jed Dietrich, Esq. has battled to obtain over $175 Million in verdicts and settlements for people who are injured in Buffalo, New York and beyond. The Dietrich Law Firm P.C. recognizes the difficulties cancer and other health problems can cause, and our team of highly experienced and top rated Zantac cancer injury attorneys in Buffalo, New York possess the skills and knowledge required to meticulously investigate your Zantac related cancer or illness, and ensure that you are in a position to receive the highest possible recovery for your injuries. Contact us today at 716-839-3939 for your free consultation. We can be reached 24 hours per day and 7 days per week.