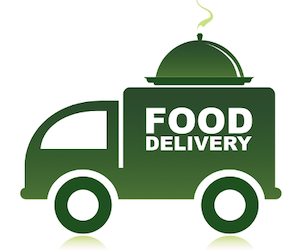 In 2014, the rideshare company Uber launched Uber Eats, an in-app based food ordering and delivery platform. Uber Eats enables customers to order food from hundreds of partnered restaurants. When placing an order, the app provides customers with an estimated delivery time, and you can even track your order’s progress. Uber drivers pick up users’ orders from restaurants and deliver it to their doorsteps. While Uber Eats allows users of the app a convenient way to have meals delivered to them, the popularity of the app also means there are more Uber Eats delivery drivers on the road. Often, these drivers may be in a rush to get deliveries to customers on time. This can lead to drivers making bad decisions behind the wheel. Consequently, Uber Eats drivers may place others around them in danger, as they may be more prone to causing car accidents.

In the unfortunate event that you, or a loved one, suffered injuries or worse in an Uber Eats car accident, Jed Dietrich, Esq. and his team of Uber Eats car accident attorneys in Buffalo, New York are here to assist you in asserting your legal rights to seek compensation, during this difficult time. We have handled numerous accidents involving delivery drivers, and those who drive for app-based companies such as Uber Eats. The Dietrich Law Firm P.C. team possesses the skills and experience necessary to meticulously investigate your accident and ensure that you are in a position to obtain the highest possible recovery for your injuries.

Since 1999, Jed Dietrich, Esq., recognized by the Elite Lawyers of America group, has exclusively dedicated his career to fighting for those that have been severely injured or killed in accidents caused by someone else’s negligence throughout the United States. Jed Dietrich, Esq. founded the Dietrich Law Firm P.C. in 2005 with a mission to provide the highest level of personal injury service to the people of Buffalo, New York and beyond. The Dietrich Law Firm P.C. recently earned recognition from Expertise LLC as Best Car Accident Lawyers in Buffalo 2019. Our highly experienced, aggressive, tenacious and hardworking team of Buffalo, New York Uber eats collision lawyers will fight to obtain the best result for your injuries. Furthermore, insurance companies have paid Jed Dietrich, Esq. in excess of $175 million to resolve injury claims. Call us today at 716-839-3939 to find out how we can help you!

For the most part, Uber Eats drivers are no different than many other delivery drivers who may try to make as many deliveries as possible, within a relatively short period of time, in order to maximize profits. To accomplish this, drivers may speed, swerve around or cut off other vehicles, tailgate, run red lights or fail to yield the right-of-way. Driving negligently, recklessly or with disregard for the safety of others on the road is extremely hazardous. Some Uber Eats drivers are constantly on their phones, either confirming orders or navigating the app’s GPS to reach customer’s houses. Still, other drivers may be distracted because they are eating and drinking, talking on the phone, texting or changing the radio station.

Some Uber Eats drivers may be inexperienced behind the wheel or become exhausted after delivering food for hours on end. The constant stress of making fast deliveries can increase feelings of being overworked and fatigued. Additionally, the more miles driven, the greater the chances of being involved in a crash. Uber Eats drivers frequently drive a substantial amount, sometimes in unsafe weather conditions, on unfamiliar roads and during the night.

If you were injured in an accident caused by an Uber Eats delivery driver’s negligence, call our highly experienced, aggressive, tenacious and hardworking Buffalo, New York Uber eats crash attorney, Jed Dietrich, Esq., for the help that you need! Our honorable commitment to exceeding your expectations and delivering you an excellent outcome is what sets us apart from our competition. The Dietrich Law Firm P.C., recognized as a Best Law Firm of America, is available 24 hours per day and 7 days per week at 716-839-3939. Call us today!

Uber Eats accidents can range in severity from minor fender-benders to severe head-on collisions involving multiple fatalities. Some injuries that may occur in an Uber Eats accident include:

WERE YOU, OR A LOVED ONE, INJURED AS A RESULT OF AN ACCIDENT INVOLVING AN UBER EATS DRIVER IN BUFFALO, NIAGARA FALLS, ROCHESTER OR OTHER PARTS OF NEW YORK STATE?

CALL JED DIETRICH, ESQ. AND HIS TOP RATED AND HIGHLY EXPERIENCED TEAM OF BUFFALO, NEW YORK UBER EATS CAR ACCIDENT LAWYERS AT 716-839-3939 TO FIND OUT IF YOU MAY HAVE A CLAIM FOR COMPENSATION! 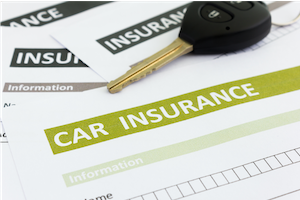 Many motorists throughout Western New York may wonder what happens when someone gets injured in a car accident involving an Uber Eats driver. Is the delivery driver solely responsible for his or her own actions behind the wheel? Or, does Uber Eats take some responsibility? Although no passengers are in Uber Eats vehicles, most accident claims involving Uber Eats drivers are similar to regular Uber crashes.

If the driver was unavailable to deliver food and driving his or her own vehicle for personal reasons, Uber Eats could deny all liability for the accident. In this situation, the driver’s own car insurance company would be responsible for your compensation. Under the New York State No-Fault system, your medical expenses will be handled by the insurance company of the vehicle that you were in at the time of the crash—regardless of who was actually to blame for the accident. For any economic claim in excess of your $50,000 in No-Fault insurance coverage, such as for medical bills or lost wages, and your pain and suffering in the event of a serious injury, the delivery driver’s own personal liability insurance policy may be available to compensate you.

Pursuant to New York’s ridesharing laws, if an Uber Eats driver accepts a food request or is in the process of delivering food and crashes into you, Uber Eats' $1,250,000 insurance coverage should be applicable. However, if the driver is using the Uber Eats app, but is not delivering and has not yet accepted a request, their personal insurance policy may provide coverage. If the Uber Eats deliverer’s personal policy does not provide coverage, Uber Eats’ insurance coverage of $75,000 per injury with a total of $175,000 per accident should apply, in addition to property damage coverage of up to $25,000.

In some cases, even when the Uber Eats driver is in the middle of a delivery, they may not admit it. Drivers may not want Uber Eats to find out about the accident, so they can avoid paying their deductible and not be suspended from future deliveries. An experienced personal injury attorney can contact Uber Eats directly and formally request their records to verify whether or not the driver was actually working when the accident occurred. However, Uber Eats may still do everything in their power to fight any claims for compensation for accident victims. Therefore, it is crucial to have a dedicated personal injury attorney fighting on your side.

If you, or a loved one, suffered a serious injury in a car accident caused by an Uber Eats driver’s negligence, you want an experienced Buffalo, New York injury attorney to determine what insurance policies may come into play so that you can recover the monetary compensation that you are entitled to. Contact Jed Dietrich, Esq., a member of the Million Dollar Advocates Forum and the Multi-Million Dollar Advocates Forum, and his top rated team of Uber Eats car accident attorneys in Buffalo, New York at the Dietrich Law Firm P.C. for a free consultation. Our team is available 24 hours per day and 7 days per week at 716-839-3939, or by filling out the online consultation form.