Should I Stop Taking Zantac? 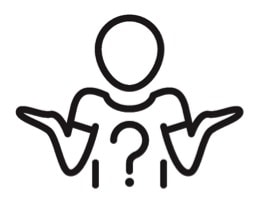 On September 13, 2019, the U.S. Food and Drug Administration (FDA) issued an advisory alert upon detecting the carcinogenic contaminant NDMA in ranitidine, one of the active ingredients in Zantac. In light of this news, Sanofi, one of the world’s largest multinational pharmaceutical companies, launched a voluntary recall of all their over-the-counter Zantac medications throughout the United States and Canada. Numerous other pharmaceutical companies throughout the country, such as Lannett Company and Appco Pharma, have been scrambling to pull their ranitidine medications off the shelves too.

As soon as FDA detects any potential problems, it quickly takes appropriate actions in order to safeguard patients and consumers. The agency is still assessing whether or not the levels of NDMA are high enough to be a danger to health. The FDA believes that patients should be able to trust that the benefits of taking medication outweigh the health risks, and that medicines are manufactured to be as safe as possible. Further, the agency found that the ranitidine from preliminary tests barely exceeded levels you might expect to find in everyday foods. The FDA has teamed up with industry partners and international regulators to figure out the exact cause of the NDMA in ranitidine. They are currently evaluating all possible risks and will take appropriate measures based on its findings. The FDA will post further information as soon as it becomes available.

UPDATE: As of April 1, 2020, the FDA advises all consumers to STOP taking Zantac. All Zantac and ranitidine medicines have been recalled and removed from stores. If you take Zantac, contact your treating physician for safe alternatives. Click here for the official FDA announcement. Several other prescription medications have been approved for the same and similar applications as ranitidine. Nevertheless, Valisure, the pharmacy that first discovered high levels of NDMA contamination in Zantac, has petitioned the FDA to issue a nationwide recall.

While Zantac could still be proven safe over time, it would not hurt to switch to safer similar medication under the direction and supervision of your treating physician. Two other OTC medications commonly used to treat acid reflux and heartburn, that have shown no NDMA contamination, are Pepcid (famotidine) and Tagamet (cimetidine). In addition, if you were taking Zantac more than a couple times per week, a different class of drugs than H2 blockers may be more effective. Typically, when patients take H2 blockers every day, their bodies get used to them. Those requiring longer-term treatment should consider discussing other options, like proton inhibitors, with their doctor.

The bottom line is there are plenty of other treatment options out there even with Zantac being called into question. Moreover, some people might find lifestyle changes, such as avoiding alcohol, spicy foods, fatty or large meals can help prevent instances of heartburn. Even if the chances of someone developing cancer from taking Zantac are low, elevating one’s risk even slightly can still have a devastating outcome.

Jed Dietrich, Esq. and his top rated team of Zantac cancer injury lawyers in Buffalo, New York are highly experienced, aggressive, tenacious and hardworking. Investigations are still ongoing as to the full extent of the dangers of taking Zantac. However, if you have developed cancer caused by Zantac, we will take immediate action to investigate your illness, determine who is liable to you and file a claim to preserve your rights. We are here to fight for maximum compensation for those suffering from cancer related to Zantac intake in Buffalo, New York; Rochester, New York; Niagara Falls, New York; throughout New York State and beyond. Our firm, recognized as a Best Law Firm of America, will diligently and aggressively fight for you. Insurance companies have paid Jed Dietrich, Esq. over $175,000,000.00 in verdicts and settlements to resolve personal injury claims since 1999. Contact us today for your free case consultation at 716-839-3939!

WERE YOU, OR A LOVED ONE, DIAGNOSED WITH CANCER AFTER TAKING ZANTAC IN BUFFALO, NIAGARA FALLS, ROCHESTER OR OTHER PARTS OF NEW YORK STATE?

CALL JED DIETRICH, ESQ. AND HIS TOP RATED AND HIGHLY EXPERIENCED TEAM OF BUFFALO, NEW YORK ZANTAC CANCER INJURY ATTORNEYS AT 716-839-3939 NOW TO OBTAIN THE HELP THAT YOU NEED!