Jed Dietrich, Esq. and His Team at the Dietrich Law Firm P.C., Recognized as a Best Law Firm of America, Fight to Obtain the Best Result for People Suffering Illnesses Caused by Roundup Weed Killer. 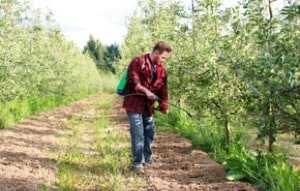 Since the 1970s, hundreds of thousands of farmers have used Roundup, the most commonly used weed killer and herbicide, manufactured by Monsanto. Between 1992 and 2016, usage of Roundup in New York State alone rose almost 800%. Over 1.4 billion pounds of Roundup were applied per year and it has been used in at least 160 countries throughout the world. The safety of Roundup has frequently been called into question over the past few years. Glyphosate, a key compound in Roundup, is believed to cause several types of cancer. As a result, thousands of lawsuits are being pursued against Monsanto for the cancer that Roundup has caused.

In 2015, the International Agency for Research on Cancer (IARC), a division of the World Health Organization (WHO), released a health assessment regarding glyphosate, the active compound in Monsanto’s Roundup. The IARC’s assessment concluded that glyphosate, as a Group 2A agent, is most likely carcinogenic to people. Furthermore, exposure to weed killer was specifically connected to hairy cell leukemia, lymphocytic lymphoma, B-cell lymphoma, non-Hodgkin's lymphoma and several other types of cancer.

Stories of weed killer related illnesses and deaths are becoming more and more prevalent in New York State and throughout the United States. Tragic events like these motivate Jed Dietrich, Esq. to strive to provide the highest level of personal injury service to the people of Western New York each and every day. The Dietrich Law Firm P.C.’s team of Roundup illness lawyers in Buffalo, New York is highly experienced, aggressive, tenacious and hardworking. We are determined, disciplined and dedicated to obtaining the best possible results for people injured through exposure to weed killer in Buffalo, New York; Rochester, New York; Niagara Falls, New York; throughout New York State and beyond.

Since 1999, Jed Dietrich, Esq. has exclusively handled serious personal injury cases. Jed Dietrich, Esq., who is recognized as a Best Lawyer of America and New York Super Lawyer, has battled to obtain over $150 Million in verdicts and settlements for people who are injured in Buffalo, New York and beyond. The Dietrich Law Firm P.C.’s team of highly experienced and top rated Buffalo, New York weed killer cancer lawyers possess the knowledge and experience required to thoroughly investigate your Roundup related illnesses, and ensure that you are in a position to receive the highest possible recovery for your injuries. Contact us today at 716-839-3939 for your free consultation. We can be reached 24 hours per day and 7 days per week, and there is never a fee unless we WIN for you!

Farmers throughout New York State have been using Roundup since it was first introduced in the 1990s. Since then, millions of acres of land have been poisoned with the carcinogen. As more genetically modified soybeans and corn crops were cultivated, the use of Roundup weed killer dramatically spread. This has resulted in an increase of nearly ten times the amount of glyphosate used in the past 20 years, which explains the rapidly increasing number of cancer patients connected to Roundup.

Until recently, weed killers containing glyphosate were thought to be non-toxic and harmless. Nevertheless, contact with Roundup consists of exposure to numerous hazardous chemicals that can result in serious health problems for victims. It is especially troublesome that most victims exposed to Roundup thought that the weed killer was harmless. Many health-related agencies and organizations have since determined that glyphosate is dangerous to people. Various independent medical studies and disease rate analyses have linked the use of weed killers containing glyphosate to severe health problems that affect countless people throughout Western New York and the United States. Listed below are several common health problems that have been linked to exposure to glyphosate:

Despite all of the independent studies, Monsanto continues to deny any link between their weed killer and cancer.

If you, or a loved one, developed cancer as a result of being exposed to Roundup, contact the legal team of Buffalo, New York Roundup weed killer cancer lawyers at the Dietrich Law Firm P.C. today so that we can help you. Our firm, which is recognized as a Best Law Firm of America, is dedicated and determined to get you the best possible result after your personal injury in Buffalo, New York and throughout New York State. Contact us today at 716-839-3939.

WERE YOU, OR A LOVED ONE, DIAGNOSED WITH CANCER OR ANOTHER HEALTH CONDITION AS A RESULT OF EXPOSURE TO ROUNDUP WEED KILLER IN BUFFALO, NIAGARA FALLS, ROCHESTER OR OTHER PARTS OF NEW YORK STATE?

CALL JED DIETRICH, ESQ. AND HIS AGGRESSIVE, TENACIOUS AND HARDWORKING TEAM OF BUFFALO, NEW YORK WEED KILLER ILLNESS LAWYERS AT 716-839-3939 NOW TO OBTAIN THE HELP THAT YOU NEED!

Who Is At The Greatest Risk Of Developing Cancer? 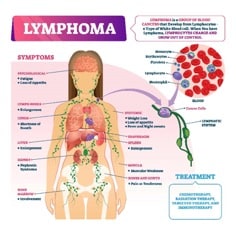 Roundup is commonly sprayed on gardens, lawns, farms, golf courses, nurseries, sidewalks and driveways. Since Monsanto asserted their weed killer was safe, most users never used protective gloves or masks while handling the product. As a result, thousands of farmers, gardeners, nursery workers, field workers, agricultural workers and landscapers were repeatedly and directly exposed to the toxic chemicals in Roundup. Laboratory research has revealed that the more someone has been exposed to glyphosate, the more likely they are to develop cancer. Field workers that regularly spray Roundup are 41% more likely to experience Non-Hodgkin’s Lymphoma. Research suggests that workers may be exposed to weed killer even if they are not actually applying it.

When weed killer is sprayed onto produce, its residue mixes in with the air, drinking water and with our food supply. This means that virtually everyone faces a risk of indirect exposure to the hazardous chemicals of Roundup through one means or another. Roundup was an extremely popular product and commonly used in parks, sports fields and schools. Approximately two-thirds of air samples taken throughout New York around growing season last year tested positive for levels of glyphosate, which demonstrates that farmers, as well as people living around agricultural areas, are being exposed to weed killer inhalation. In addition, traces of Roundup are regularly found in surface water.

Furthermore, incidences of glyphosate been found in various foods such as soy sauce, orange juice, honey, cereal, beer, baby formulas and even breast milk. Soybeans are a key ingredient for most processed foods sold throughout the country. It is estimated that nearly 80% of all food available in New York has some traces of Roundup contamination, putting all consumers at an increased risk of developing related cancers. In fact, the contamination is so wide-spread that no one is completely immune to being exposed to glyphosate. As of 2016, most weed killer contamination in New York is divided between corn and soybeans. Unfortunately, the U.S. Food and Drug Administration only recently developed a test to detect glyphosate levels in food in order to determine what other portions of the food supply are safe.

The frequency of illnesses and deaths allegedly linked to Roundup is alarming. If you, or a loved one, have been injured from weed killer exposure, you may have a legal right to monetary compensation for your illnesses. Contact the Dietrich Law Firm P.C.’s team of highly experienced, aggressive, tenacious and hardworking Roundup illness lawyers in Buffalo, New York today to learn more about your legal rights. We can be reached 24 hours per day and 7 days per week at 716-839-3939. Call us today!

We recognize that if you were diagnosed with cancer resulting from Monsanto’s dangerous product, you are in a fight for your life. We believe that products approved to be sold to the unsuspecting public should not to cause them harm. Victims diagnosed with cancer after being exposed to Roundup may be entitled to monetary compensation for their injuries.

If you, or a loved one, suffer from severe health difficulties, life-long medical care may be necessary. Victims can pursue recovery for damages through a lawsuit which may include compensation for:

If you lost a loved one as a result of cancer caused by exposure to Roundup, you may have the right to file a wrongful death claim. Although nothing can erase the pain of your loss, a wrongful death claim can provide surviving loved ones with financial compensation that can assist them in dealing with their losses. Punitive damages may also be available. Also of great importance, filing a lawsuit can force Monsanto to take legal responsibility for the dangers that its product caused to consumers. It often takes litigation to influence large corporations to be more concerned with human safety.

WERE YOU, OR A LOVED ONE, INJURED AS A RESULT OF EXPOSURE TO ROUNDUP IN BUFFALO, NIAGARA FALLS, ROCHESTER OR OTHER PARTS OF NEW YORK STATE?

CALL JED DIETRICH, ESQ. AND HIS TOP RATED AND HIGHLY EXPERIENCED TEAM OF BUFFALO, NEW YORK WEED KILLER ILLNESS LAWYERS AT 716-839-3939 NOW TO OBTAIN THE HELP THAT YOU NEED!