Highly Experienced Buffalo, New York Roundup Herbicide Exposure Illness Lawyers Jed Dietrich, Esq. and His Team of Attorneys and Paralegals at the Dietrich Law Firm P.C. Will Investigate Your Roundup Herbicide Illness Claim and Fight to Obtain the Best Result for You.

Roundup herbicide contains the active ingredient glyphosate which is used to kill or damage unwanted weeds. According to the International Agency of Research on Cancer (IARC), glyphosate is “probably carcinogenic to humans.” Glyphosate is a non-selective universal herbicide. This means it will kill any plant that is not specifically glyphosate resistant. Monsanto Company has created crops that are not affected by glyphosate, called Roundup Ready crops. Roundup Ready crops are genetically modified in a lab to be resistant to glyphosate. Therefore, farmers and agricultural workers can easily spray large quantities of Roundup because it will kill off intruding species without harming the desired crops. The increase in glyphosate-based herbicides could put you and your family in danger of being exposed.

Am I at Risk of Roundup Herbicide Exposure? 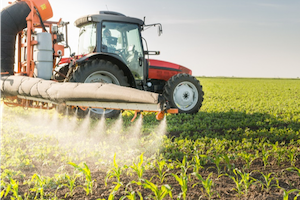 Once Roundup caught on in the market, there was a significant increase in the sales of glyphosate-based herbicides. According to the United States Department of Agriculture (USDA), 90% of corn and 94% of soybeans are herbicide tolerant. Since its introduction to the market, the use of Roundup has increased approximately 15-fold worldwide. Roundup is most commonly used on Roundup Ready crops but it is also sold for business and residential use. Since Roundup was first introduced in 1974, Americans have used approximately 1.8 million tons of the weed killer. This significantly increases the chance of you or a loved one being exposed to Roundup. The most common ways to be exposed to Roundup herbicide include:

Although Roundup herbicide is readily available for all consumers, people who are at a higher risk for weed killer exposure include:

Roundup herbicide gained popularity when it was first released because users could spray one product on a variety of weeds. Unfortunately, this means that many farmers, homeowners and business owners have become reliant on Roundup. A growing concern is that when a weed species is repeatedly sprayed, it will become glyphosate resistant. When an organism experiences a change in its external environment, it can cause a DNA mutation. If a plant’s DNA mutates to become resistant to glyphosate, the species could survive, reproduce and spread quickly. In 1996, 24 glyphosate resistant species were reported globally and 14 were located in the United States. In 2019, farmers stated they are required to spray the herbicide more often throughout the year because of the growing resistance. This increases the possibility of being exposed to the weed killer herbicide.

IF YOU, OR A LOVED ONE, DEVELOPED A SERIOUS ILLNESS OR CANCER AS A RESULT OF BEING EXPOSED TO ROUNDUP, CONTACT THE LEGAL TEAM AT THE DIETRICH LAW FIRM P.C. TODAY AT 716-839-3939 SO THAT WE CAN HELP YOU.

Since 1999, Jed Dietrich, Esq. has exclusively handled serious personal injury cases. Jed Dietrich, Esq., is recognized as a Premier Lawyer of America and a New York Super Lawyer. Furthermore, insurance companies have paid Jed Dietrich, Esq. $1 Million dollars, or more, over 33 times for people injured in Buffalo, New York and beyond. The Dietrich Law Firm P.C.’s team of highly experienced and elite glyphosate herbicide cancer lawyers of Buffalo, New York will thoroughly investigate your Roundup related illnesses, so that you are in the best position to receive the compensation you deserve. Contact us today at 716-839-3939 for your free consultation. We can be reached 24 hours per day and 7 days per week, and there is never a fee unless we WIN for you!

How to Protect Yourself From Roundup Herbicide Exposure 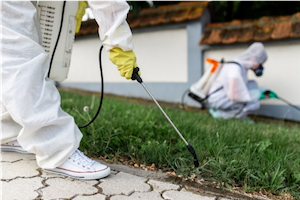 In August of 2019, the United States administration decided that companies are not required to use labels that warn customers that their products contain glyphosate. Jed Dietrich, Esq. and his team believe that each and every consumer should be informed of the risks involved when using Roundup and how to protect yourself from potentially harmful exposure.

Glyphosate is the most widely used herbicide in the United States. Roundup is easy to attain and sold in stores across the country for residential use. Homeowners and business owners spray their lawns, gardens and walkways to prevent weed growth. Although there are no official glyphosate warnings on the purchased product, the National Pesticide Information Center (NPIC) recommends users to adhere to the following guidelines:

When applying Roundup, you are at a higher risk of breathing in the herbicide. A study by V.J. Koller et al. has shown that inhalation exposure to Roundup weed killer is found to be cytotoxic and can damage DNA in human buccal epithelial cells (internal cheek cells). Damaged DNA replication can lead to cancer growth in human cells. Furthermore, a 2019 study by the University of Washington indicates that exposure to glyphosate can cause a 41% increase of the chance of developing Non-Hodgkin’s lymphoma. If you are at risk for exposure and have been diagnosed with Non-Hodgkin’s lymphoma, hairy cell leukemia, lymphocytic lymphoma or other forms of cancer, contact Jed Dietrich, Esq. and his team at the Dietrich Law Firm P.C. immediately for a free consultation. We are available to help you.

WERE YOU, OR A LOVED ONE, DIAGNOSED WITH A SERIOUS ILLNESS AS A RESULT OF EXPOSURE TO ROUNDUP IN BUFFALO, NIAGARA FALLS, ROCHESTER OR OTHER PARTS OF NEW YORK STATE?

CALL JED DIETRICH, ESQ. AND HIS TOP RATED AND HIGHLY EXPERIENCED TEAM OF BUFFALO, NEW YORK HERBICIDE ILLNESS LAWYERS AT 716-839-3939 NOW TO OBTAIN THE HELP THAT YOU NEED!

If you suffered an illness caused by exposure to the Roundup herbicide, contact Jed Dietrich, Esq. today. The Dietrich Law Firm P.C.’s team of knowledgeable Buffalo, New York Roundup herbicide illness lawyers will thoroughly investigate your Roundup related illness and aggressively fight to get you the compensation that you deserve. The Dietrich Law Firm P.C., located in Buffalo, New York, strives to provide the highest level of personal injury service to the people of Western New York. Call us 24 hours per day and 7 days per week at 716-839-3939, or contact us online so we can provide you with a FREE consultation. We never get paid unless we WIN for you!