Jed Dietrich, Esq., Recognized as a Best Lawyer of America and New York Super Lawyer, and His Team of Lawyers and Paralegals at the Dietrich Law Firm P.C. Fight to Obtain the Best Result for People Suffering from Cancer Caused by Roundup.

Monsanto’s Roundup is the best-selling and most commonly used weed killer on the planet. Monsanto was the one and only producer of glyphosate-based weed killers and herbicides from the mid-1970s until 2000, when its patent lapsed. Agriculture is roughly a $5.7 billion industry and New York State alone has in excess of 7 million acres of land dedicated to farming. With more than one million pounds of Roundup weed killer sprayed throughout New York State, many people have been regularly exposed to cancer-causing chemicals.

Roundup rapidly became the most popular weed killer throughout the United States amongst farmers, landscapers and gardeners alike. When Roundup first came to the market, it was commonly advertised as a safe way to kill weeds. However, numerous studies have since linked exposure to the chemicals contained in Roundup to both damage to DNA and cancer. Many Americans diagnosed with cancer, as a result of being exposed to weed killer, started bringing lawsuits against Monsanto for misrepresentation and falsification regarding the safety of Roundup.

Every day, Jed Dietrich, Esq. and his top rated team of Buffalo, New York Roundup weed killer illness attorneys at the Dietrich Law Firm P.C. strive to provide the highest level of personal injury service to people who suffer from illnesses connected to Roundup in Western New York and beyond. Jed Dietrich, Esq. has increasingly witnessed the devastating effects that weed killer can have on a victim’s life, ranging from cancer to even death. In addition to suffering serious illnesses, a victim may lose time from work and face expensive medical bills. The Dietrich Law Firm P.C. recognizes the difficulties cancer can cause. We aim to help ease the financial burdens that you will face so that you can spend time recovering.

The Dietrich Law Firm P.C.’s team of Roundup cancer attorneys in Buffalo, New York is highly experienced, aggressive, tenacious and hardworking. We are determined, disciplined and dedicated to obtaining the best possible results for people who suffered from cancer or other illnesses because of exposure Roundup weed killer in Buffalo, New York; Rochester, New York; Niagara Falls, New York; throughout New York State and beyond. The Dietrich Law Firm P.C., recognized as a Best Law Firm of America, will fight to attempt to obtain the best result for your serious personal injury. Insurance companies have paid Jed Dietrich, Esq. over $175,000,000.00 in verdicts and settlements to resolve his clients’ personal injury claims. Contact us today at 716-839-3939 for your free consultation to see how we may be able to help you.

In the 1970s, Monsanto employed Industrial Bio-Test Laboratories (IBT Labs) to analyze the toxicity levels of Roundup. IBT Labs performed 30 independent analyses of Roundup, including 15 tests performed to seek registration with the EPA. In 1976, the U.S. Food and Drug Administration inspected IBT Labs’ studies and uncovered major discrepancies between their data and the final reports of toxicity effects of glyphosate to the EPA. As a result, the EPA audited IBT Labs and invalidated several toxicology tests of glyphosate. Three executives at IBT Labs were later convicted on charges of fraud due to the gross falsification of data and lack of scientific integrity.

When Roundup was first launched in the 1970s, Monsanto gave little warning regarding its great dangers. Western New Yorkers, as well as people all around the United States, unknowingly exposed themselves to significantly higher risks of developing cancer. In 1991, Monsanto contracted Craven Laboratories to conduct studies on herbicides and pesticides, including Roundup. That same year, the owner and three employees were charged for fraudulent practices in the laboratory.

The New York Attorney General filed a lawsuit against Monsanto in 1996. The lawsuit accused Monsanto of falsely advertising their weed killer as being safer than table salt and non-toxic to fish and animals. The case resulted in Monsanto agreeing to stop falsely advertising Roundup as safe in New York State. Nevertheless, Monsanto continued to falsely advertise their weed killer in other states as being non-toxic. Both the FDA and Department of Justice investigations uncovered some of Monsanto’s internal documents which demonstrated falsified safety assessments that generated fabricated results related to the safety of Roundup. Clearly, the company held profits above the health and welfare of the public. Evidence suggests that weed killer executives have been aware of the dangers of Roundup since the product was first brought to the market.

If you, or a loved one, suffered an illness caused by Roundup weed killer, contact our team of Roundup cancer attorneys in Buffalo, New York today. We will take immediate action to investigate your illness, determine who is liable to you and file a claim to preserve your rights. Contact us today so that we can help you! We are available 24 hours per day and 7 days per week at 716-839-3939.

Recent Research Regarding The Dangers Of Weed Killer 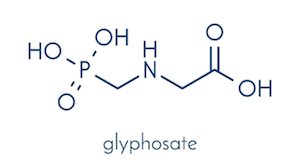 A 2015 study conducted by the International Agency of Research on Cancer (IARC) concluded that glyphosate, a key ingredient in weed killer, is a Group 2A agent and demonstrates strong evidence for genotoxicity. Genotoxicity is generally defined as the ability of a chemical to damage a cell’s genetic information, resulting in cell mutations. The IARC study notes that several types of cancer such as Follicular Lymphoma, non-Hodgkin’s Lymphoma and B-cell Lymphoma, have all been associated with glyphosate.

Additionally, the Journal of Occupational and Environmental Medicine (JOEM) published research in 2016, which noted that glyphosate and other herbicides are connected to an increased risk of Cutaneous Melanoma. Research demonstrates that exposure to weed killers containing glyphosate, can cause DNA strand breaks and other DNA damage, which is a vital precursor to cancer. The IARC found strong evidence that glyphosate causes genotoxicity, which damages genetic data within cells, causing mutations that often bring about cancer. Additionally, glyphosate induced chromosomal and DNA damage in both animal and human cells in utero, meaning birth defects may result from exposure of pregnant women.

If you, or a loved one, were exposed to Roundup and diagnosed with cancer, you want the best personal injury lawyer in Buffalo, New York to fight for the compensation you deserve. Jed Dietrich, Esq. is recognized as a Best Lawyer of America and New York Super Lawyer, and his team of top rated Buffalo, New York weed killer cancer lawyers are aggressive, tenacious and hardworking and will fight for the maximum compensation possible for your injuries. Contact us today at 716-839-3939. We are available 24 hours per day and 7 days per week, and there is never a fee unless we WIN for you!

Monsanto Should Be Held Accountable For Your Illnesses

Despite mounting evidence that weed killer contains carcinogens, Monsanto executives continue to assert that their Roundup product is totally safe for use. Many researchers think that Monsanto has frequently refuted the risks of developing cancer, regardless of current scientific evidence, in order to protect profits derived from Roundup and related herbicide products. It is alleged that Monsanto was aware of the dangers of Roundup, but conducted what were supposedly independent studies and transmitted the research data as if it were obtained from trusted and unbiased scientists. Those are the same studies that the Environment Protection Agency (EPA) used to reach its determination that Roundup was safe. It was later uncovered that company executives were working closely with EPA officials to influence the public that weed killer was harmless.

Monsanto should be held responsible for failing to properly warn consumers about the dangerous risks associated with Roundup. A products liability lawsuit for personal injuries, such as cancer or other resulting illnesses, against Monsanto can bring you and your loved one’s vital compensation for costly medical bills, both past and future lost wages, pain and suffering and other damages connected to your tragic diagnosis. Most importantly, bringing a legal claim against Monsanto serves justice against deceptive advertising practices, putting profits before the welfare of others and the senseless harm they have caused.

Please note that there are STRICT TIME CONSTRAINTS for lawsuits related personal injury in New York State. It is important to act fast, and contact our team of Buffalo, New York personal injury attorneys today to ensure that your rights are protected. We are available 24 hours per day and 7 days per week to schedule a free consultation for your Roundup injury claim.

If you, or a loved one, suffered an illness resulting from exposure to Roundup, contact the Dietrich Law Firm P.C., recognized as a Best Law Firm of America, today at 716-839-3939. Our team of highly experienced and top rated Buffalo, New York weed killer illness lawyers will fight for the compensation that you deserve for the injuries you suffered.