NDMA Exposure: Symptoms and Side Effects

The NDMA recently discovered in ranitidine is a type of nitrosamine, which is a group of chemical compounds that are typically believed to be carcinogenic. Nitrosamines are used to produce tumors in the liver and other vital organs of lab rats. According to the U.S. Department of Health and Human Services, NDMA is reasonably anticipated to cause cancer in humans. NDMA might cause cancer after intake or other exposures over extended lengths of time. Long-term exposure to NDMA has been known to increase the risk of developing lung, kidney or liver tumors.

In 2019, Carcinogensis published research findings that NDMA consumption was linked to increase risks of developing pancreatic cancer. Researchers found that people who consumed certain types of products containing high levels of NDMA, such as fermented cheese and beer, had a 93% greater chance of developing cancer than those who did not consume the same products.

The most harmful way of coming into contact with NDMA seems to be by consuming substances contaminated with it, such as Zantac. The process by which NDMA generates cancer is known to encompass biotransformation by liver microsomal enzymes, thereby producing methyldiazonium ion, which creates DNA adducts and carcinogenic agents. There is an abundance of scientific evidence showing that NDMA is genotoxic both in vitro and in vivo. Various studies on human intake of the contaminant NDMA found possible development of the following types of cancers: 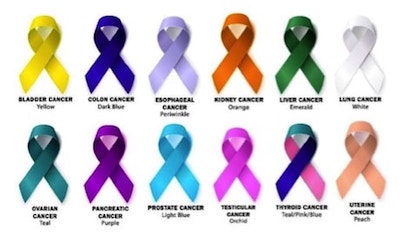 Additionally, scientists believe that NDMA could cause different types of blood cancers, such as non-Hodgkin’s lymphoma, leukemia or multiple myeloma.

The Dietrich Law Firm P.C. is recognized as a Best Law Firm of America and an American Institute of Personal Injury Attorneys 10 Best Personal Injury Law Firm, and our team of Buffalo, New York NDMA exposure cancer attorneys is ready to battle for the best possible compensation for those diagnosed with cancer as a result of ingesting NDMA-contaminated substances, such as Zantac. We are dedicated and determined to hold those responsible for your injury accountable. Insurance companies have paid Jed Dietrich, Esq. and his team of NDMA exposure cancer attorneys in Buffalo, New York over $175,000,000 to compensate his clients for their personal injuries and illnesses. Call us today at 716-839-3939 for your free consultation.

THE DIETRICH LAW FIRM P.C.’S TEAM OF BUFFALO, NEW YORK ZANTAC NDMA CONTAMINATION INJURY ATTORNEYS ARE READY TO FIGHT FOR THE COMPENSATION THAT YOU DESERVE.

Sanofi and other ranitidine manufacturers should be held accountable for failing to properly warn consumers about the dangerous risks associated with NDMA. Allowing levels of NDMA contamination between 3,000 and 26,000 times higher than what is considered to be safe in humans is inexcusable.

Researchers at Valisure, a pharmacy that has independently tested many ranitidine products, believes that ranitidine molecules form NDMA as a result of reacting with something either throughout the course of manufacturing, during storage, in finished dosage form or while the body is digesting it.

Besides causing cancer, NDMA is a powerful hepatotoxin. Even relatively short-term exposure to the contaminant can cause severe damage to the liver, like liver fibrosis or harmful scarring.

If you, or a loved one, took Zantac or any generic medications containing ranitidine and developed cancer as a result, you should contact Jed Dietrich, Esq. and his top rated team of Buffalo, New York ranitidine containing NDMA cancer injury lawyers at the Dietrich Law Firm P.C. to learn more about your legal rights. You may have a legal right to compensation for the cancer or other illnesses that you have suffered. We will aggressively and tenaciously battle to attempt to get you the best possible result after your illness in Buffalo, New York and throughout New York State. We can be reached 24 hours per day and 7 days per week at 716-839-3939. Call us today!