Do You Have a 3M Earplug Injury Claim? 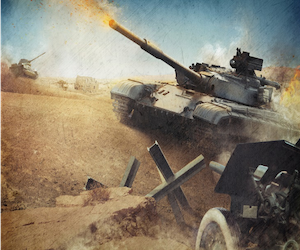 Tens of thousands of military members, from Marines to Navy SEALS, who were deployed to combat zones, like Iraq and Afghanistan, relied on 3M’s earplugs to safeguard their hearing by blocking out explosions and other combat-related deafening sounds. However, allegations were made by a whistleblower under provisions of the False Claims Act saying that the earplugs contained a fundamental design flaw. The defect was allegedly due to the symmetrical shape that made the earplugs too short to properly fit inside the ears of troops. Further, filings allege that 3M fraudulently asserted that its testing met regulatory standards, including ANSI, for the government’s required levels of ear protection. 3M had a legal obligation to design and manufacture earplugs that would not cause harm to users. Instead, countless veterans and troops have suffered severe hearing loss and tinnitus, which could have been reduced or prevented altogether if it was not for 3M’s negligence. Those brave men and women that have served our country deserve the best personal injury lawyer in Buffalo, New York fighting on their side.

Since 1999, Jed Dietrich, Esq. has exclusively handled serious product liability and personal injury cases. Jed Dietrich, Esq. has battled to obtain over $175 Million in verdicts and settlements for people who are injured in Buffalo, New York and beyond. The Dietrich Law Firm P.C. recognizes the difficulties that hearing impairment caused by defective combat earplugs, including tinnitus and hearing loss, can cause. The Dietrich Law Firm P.C.’s team of highly experienced and top rated 3M military earplug injury lawyers in Buffalo, New York possess the experience and knowledge required to systematically investigate your 3M earplug-related hearing damage and ensure that you are in a position to receive the highest possible recovery for your injuries. The Dietrich Law Firm P.C. will treat you with the respect and compassion you deserve. We are here to provide you with personalized care and help you through this difficult time. Call us today at 716-839-3939 for your free consultation. We can be reached 24 hours per day and 7 days per week.

How Do You Know If Your Hearing Impairment Resulted From 3M’s Defective Earplugs? 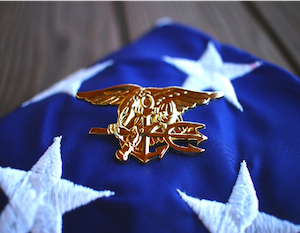 The exact quantity of earplugs supplied to the U.S. military is currently under investigation because 3M and the U.S. Government had entered into countless indefinite-quantity contracts. A contract executed in 2006 proposed no less than 500,000 pairs of the defective earplugs, though estimates revealed that the total number of earplugs supplied could have been up to 2,250,000 pairs. The defective earplugs were not discontinued until November 17, 2015, and could have been utilized by all branches of the military on bases, throughout routine training missions, overseas deployments and during actual combat.

DID YOU, OR A LOVED ONE, SUFFER A SERIOUS HEARING IMPAIRMENT WHILE SERVING IN THE U.S. ARMED FORCES AS A RESULT OF WEARING 3M’S DEFECTIVE COMBAT ARMS EARPLUGS?

Do You Qualify To File A 3M Combat Arms Earplugs Claim?

To qualify to file a lawsuit against 3M for its defective Combat Arms Earplugs, you must meet the following criteria:

Our team of highly experienced Buffalo, New York defective 3M earplug products hearing injury attorneys will take swift action to gather evidence and conduct our investigation. If we determine that 3M should be held liable for your injuries, we will file a lawsuit immediately to preserve your legal rights. The Dietrich Law Firm P.C. will fight for the compensation that you deserve for your unnecessary pain and suffering, as well as your injuries, due to 3M’s faulty earplugs. View our Google 5 Star rating and our clients’ testimonials by clicking here.

How 3M Can Be Held Liable For Your Hearing Damage

Manufacturers of all products have a legal obligation to ensure that their products are safe and will not cause harm. Combat veterans and service members alike relied on 3M’s earplugs to provide them with vital hearing protection. Nevertheless, our troops’ ears were left unprotected as a result of 3M’s defective earplugs. After suffering hearing damage caused by faulty earplugs, service members can hold 3M liable under the following circumstances:

If you, or a loved one, started suffering hearing problems after serving in the military and wearing 3M Combat Arms Earplugs, contact the Dietrich Law Firm P.C., recognized as a Best Law Firm of America, today at 716-839-3939. Our team of aggressive, tenacious and hardworking 3M military earplug injury lawyers in Buffalo, New York will fight for the monetary compensation that you deserve for the injuries you suffered, your medical bills, your lost time from work and your pain and suffering.