During combat and military training missions, earplugs are as essential for troops as helmets, flak jackets and eye protection. Machinegun and artillery fire, extremely loud aircrafts and explosions from multiple sources can produce sounds at least two times louder than the decibel levels that can result in significant hearing loss. Most members of the military take their hearing protection seriously, as having good hearing can essential to completing critical missions and surviving in combat. For hundreds of thousands of troops deployed overseas, their hearing protection was dual-ended combat earplugs manufactured by Aearo Technologies Inc., a company that was later acquired by 3M in 2007. Nevertheless, even for troops that took their hearing protection seriously, earplugs issued by the two above companies between 2003 and 2015 were later found to be defective. The stem portion of the earplugs, which is supposed to fit deep inside the ear canal, was not long enough and resulted in one or both of the earplugs loosening. After the earplug became loose, deafening noises encountered by troops were able to damage their hearing.

According to the Hearing Health Foundation, approximately 60 percent of veterans that returned home from Afghanistan and Iraq have suffered some form of hearing impairment, which coincides with the years 3M’s defective earplugs were sold to the military and issued to troops. To make matters worse, accusations against the 3M Company claim that it knowingly falsified earplug test results, failed to warn the troops about the defect and knowingly committed fraud against the military.

If you were previously issued 3M earplugs while serving in the military and have suffered hearing-related issues, contact Jed Dietrich, Esq. and his top rated team of Buffalo, New York defective 3M earplugs hearing-related injury attorneys at the Dietrich Law Firm P.C. for a free consultation. Product liability lawsuits can be complicated, especially when regarding defect earplugs from as early as 2003. Therefore, you want an experienced lawyer who will hold 3M responsible for your injuries. Jed Dietrich, Esq. has been handling serious personal injury cases since 1999, and his proven results speak from themselves. Our firm, recognized as a Best Law Firm of America, is determined, disciplined and dedicated to obtaining the best possible result for your hearing injury resulting from defective earplugs. Insurance companies have paid Jed Dietrich, Esq. over $175,000,000.00 in verdicts and settlements to resolve personal injury claims. Contact us today at 716-839-3939 for your FREE consultation.

Does Filing a Claim Impact Your VA Disability Benefits?

Hearing loss is one of the most frequently reported problems of service members. The U.S. Department of Veterans Affairs (VA) estimates roughly half of all veterans return from combat zones suffering some degree of hearing damage or loss, varying from permanent tinnitus to even more severe problems. According to the VA, 2.7 million veterans are currently receiving disability benefits for hearing loss, tinnitus and/or other hearing-related damage connected to their service. Of all the veterans that served between 2003 and 2015, over 20 percent of them are receiving disability benefits for hearing loss.

ARE YOU, OR A LOVED ONE, SUFFERING FROM SEVERE HEARING LOSS AND/OR TINITIUS AFTER SERVING IN THE MILITARY AND USING 3M’S DEFECTIVE EARPLUGS? 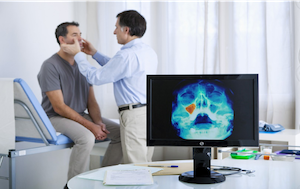 Any veteran or service member who has suffered hearing damage after using defective 3M earplugs may be entitled to monetary compensation for their injuries. The Dietrich Law Firm P.C. team is determined, disciplined and dedicated to obtaining the best possible result for the brave men and women who suffered hearing damage from defective earplugs, while serving our country. Victims can pursue recovery for damages through a product liability claim, which may include compensation for:

Every day Jed Dietrich, Esq. and his aggressive and tenacious team of Buffalo, New York defective 3M earplugs hearing-related injury attorneys at the Dietrich Law Firm P.C. strive to provide the highest level of personal injury service to troops and veterans who have suffered hearing damage caused by 3M’s defective earplugs in Western New York. We sympathize with the anguish, distress and apprehension that you may be feeling as a result of your hearing impairment caused by the faulty earplugs. The Dietrich Law Firm P.C.’s compassionate team thank you for your service to our great country and strongly support both our troops and veterans. For some,  pursuing a product liability claim against 3M for its defective earplugs that caused your suffering may be the only way to begin to recover. Our team will treat you with respect and compassion. It is our turn to serve you and give back for your great sacrifices. Contact us today at 716-839-3939.

JED DIETRICH, ESQ. AND HIS TEAM AT THE DIETRICH LAW FIRM P.C. WANT TO THANK OUR TROOPS AND VETERANS FOR THE SERVICE THEY HAVE PROVIDED TO OUR GREAT COUNTRY.

Call the Dietrich Law Firm P.C. immediately at 716-839-3939 so that our aggressive, tenacious and hardworking personal injury lawyers can fight to obtain the best result for your personal injury claim in Buffalo, New York. We are available 24 hours a day, 7 days a week, and there is never a fee until we WIN for you.