Jed Dietrich, Esq., Distinguished as a New York Super Lawyer, and His Team of Aggressive, Tenacious, and Hardworking Attorneys at the Dietrich Law Firm P.C. Fight to Obtain the Best Result for Victims Who Were Diagnosed With Cancer After Taking Zantac in Albany, New York, and Throughout the Capital Region. 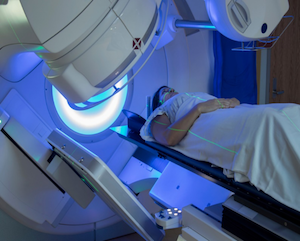 Zantac and other antacid medications with ranitidine have been found to contain unsafe levels of N-Nitrosodimethylamine (NDMA), a type of nitrosamine. Nitrosamines are frequently used to produce tumors in the vital organs of lab rats. Ranitidine molecules in Zantac and similar generic medications generate NDMA due to chemical reactions during manufacturing, storage, and digestion. According to the U.S. Department of Health and Human Services, there is strong evidence that NDMA causes cancer in humans. Intake of NDMA over extended periods is known to increase the risk of developing pancreatic cancer as well as kidney, lung, and liver tumors. Zantac and other ranitidine pharmaceutic manufacturers should be held liable for recklessly failing to warn consumers about the risks of cancer associated with NDMA. There are no reasonable justifications for manufacturers tolerating levels of NDMA Zantac dosages that are as high as 26,000 times greater than levels deemed to be safe in humans.

If you, or a loved one, have been diagnosed with cancer after taking Zantac or other medications containing ranitidine, you should contact Jed Dietrich, Esq. and his top rated team of Zantac cancer injury attorneys in Albany, New York, and throughout the Capital Region at the Dietrich Law Firm P.C. today. Our team sympathizes with your feelings of anger, distress, and apprehension after being diagnosed with cancer. We understand that Zantac-related cancers can place victims in a fight for survival. Jed Dietrich, Esq. founded the Dietrich Law Firm P.C. in 2005 with a mission to provide the highest level of personal injury service to victims.

We firmly believe that all medications approved by the U.S. Food and Drug Administration (FDA) for public consumption should not cause harm to those using it. After taking prescription or over-the-counter forms of Zantac, victims diagnosed with cancer may be entitled to monetary compensation for all of their damages. The Dietrich Law Firm P.C. offers complimentary lawsuit evaluations and consultations and would love to speak to you about your possible claim. Call us today at 716-839-3939.

Why Are Biopsies Performed?

Your doctor may need a cell or tissue sample to help diagnose and identify your suspected cancer if you have been suffering from symptoms commonly associated with cancer. While imaging tests, such as X-rays and CT scans, can help detect problem areas, they are unable to distinguish cancerous cells from noncancerous cells. A biopsy is the most reliable method of diagnosing the majority of cancers. For instance, if a lump is found in a woman’s breast, a scan could verify it.

Nevertheless, the only way to determine whether the lump is breast cancer or a noncancerous condition would be to perform a biopsy. Biopsies are used to abstract a patient’s cells and tissue for further analysis. Although the idea of having a biopsy may sound frightening, most biopsies are relatively painless and low-risk procedures. Depending on the type and location of the suspected cancer, pieces of your tissue, skin, organ, or tumor may be removed and submitted to a lab for assessment. Residents of Albany, New York, and around the Capital Region have some of New York State’s finest hospitals, such as St. Peter’s Hospital, NYOH Albany Cancer Center and Samaritan Hospital – Albany Memorial Campus, for cancer diagnosis and treatment.

WERE YOU, OR A LOVED ONE, DIAGNOSED WITH CANCER AFTER TAKING ZANTAC OR ANY GENERIC HEARTBURN MEDICATIONS CONTAINING RANITIDINE IN ALBANY, NEW YORK AND THROUGHOUT THE CAPITAL REGION?

CONTACT JED DIETRICH, ESQ. AND HIS TOP RATED AND HIGHLY EXPERIENCED TEAM OF ZANTAC CANCER INJURY LAWYERS IN ALBANY, NEW YORK AT 716-839-3939 NOW TO OBTAIN THE HELP THAT YOU NEED!

Most Common Types Of Biopsies

There are several different types of biopsies. Your doctor will select the necessary type of biopsy based on your underlying condition and the region of your body that needs to be further examined. The most common biopsy types used to detect cancer, include the following:

Jed Dietrich, Esq., recognized as an American Institute of Personal Injury Attorneys 10 Best Attorneys, and his top rated team of Zantac cancer injury attorneys in Albany, New York and throughout the Capital Region at the Dietrich Law Firm P.C. strive to provide the highest level of personal injury service to victims suffering from cancer, after being exposed to high levels of the carcinogen NDMA, in Albany, New York and throughout the Capital Region. Our experienced team will take immediate action to file a lawsuit and preserve your rights. We will collect evidence, thoroughly investigate your claim, determine whether or not Zantac may have led to your cancer, and establish which pharmaceutical manufacturer(s) should be held liable.

We will not allow careless and irresponsible pharmaceutical manufacturers to get away with destroying your life. Insurance companies have paid Jed Dietrich, Esq. over $175,000,000.00 in verdicts and settlements to resolve personal injury claims. Our team is available 24 hours per day and 7 days per week at 716-839-3939 or by filling out the online consultation form. We are the aggressive, tenacious and hardworking Albany, New York personal injury lawyers who are ready to fight for the compensation that you deserve!

Call the Dietrich Law Firm P.C. immediately at 716-839-3939 so that our aggressive, tenacious and hardworking personal injury lawyers can fight to obtain the best result for your personal injury claim in Albany, New York. We are available 24 hours a day, 7 days a week, and there is never a fee until we WIN for you!