The Team of Top Rated and Experienced Car Accident Attorneys at the Dietrich Law Firm P.C. are Aggressive, Tenacious and Hardworking. We Will Battle to Obtain the Best Result for Your Car Accident Case!

Jed Dietrich, Esq. and his staff of Buffalo, New York car accident lawyers at the Dietrich Law Firm P.C., a Best Law Firm of America, have settled over $175,000,000.00 on behalf of their clients. If you, or a loved one, have been injured in a car accident in Buffalo, New York; Rochester, New York or Niagara Falls, New York, you want the most experienced personal injury attorney in Western New York to assist you in your car accident case. Call the Dietrich Law Firm P.C. 24 hours a day, 7 days a week at 716-839-3939 for a free consultation. There is never a fee until we win for YOU. 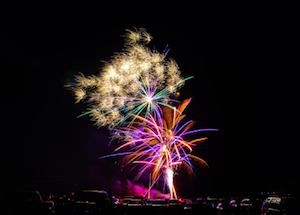 The 4th of July invokes memories of fireworks, barbecues and sunshine. Many people travel to spend time with friends and family. Americans look forward to this weekend all summer as a break from their weekly work grind and as an opportunity to relax and unwind.

Unfortunately, this weekend is one of the most dangerous times of the year for car accidents and fatalities on the roadways. Research from the Insurance Institute for Highway Safety concludes that Independence Day is the most consistently deadly day in America, with an average of 118.4 deaths from car crashes.

There are several reasons why traveling on July 4th can be unsafe:

There are strict time constraints applicable to car accidents in Buffalo, New York. If you have been injured in a car accident over the 4th of July weekend in Buffalo, New York; Rochester, New York or Niagara Falls, New York, you may be entitled to receive compensation for your medical bills, lost wages and pain and suffering. You want the most experienced personal injury attorney in Buffalo, New York to battle on your behalf so that you may obtain the best result possible for your car accident case. Jed Dietrich, Esq. is recognized as a Best Lawyer of America and with the help of his elite and top rated staff of car accident lawyers in Buffalo, New York has settled in excess of 20 cases for $1,000,000.00, or more, for car, SUV and truck accident injuries. Call the Dietrich Law Firm P.C. today at 716-839-3939 for a free consultation.

New Year’s Eve yields 71% more car accidents than an average weekend night. Similar to the 4th of July, Americans spend the final night of the year celebrating with friends and family.

When the champagne is flowing into the early hours of the morning, there is an increased risk of people driving while intoxicated.

New Year’s Eve ranks second only to July 4th for the deadliest holiday on the road in New York State, with an average of 118.2 car accident fatalities in New York State. Of these accidents, 62% include at least one driver with a blood alcohol content (BAC) of 0.08 or higher.

The chart below compares alcohol related car accidents in New York State between the 4th of July and New Year’s Eve from 2010-2014:

Drunk driving is the most common cause of car accident deaths on the 4th of July and New Year’s Eve, accounting for 35% of the total fatalities.

You want a Best Lawyer of America to help you obtain maximum compensation after you have been injured in a car accident on New Year’s Eve or the 4th of July. These American Holidays see an increase in car accident injuries and fatalities because there are more cars on the road, drivers under the influence of alcohol and people traveling at night. 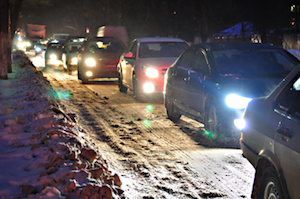 Call our Buffalo, New York car accident attorneys at the Dietrich Law Firm P.C. at 716-839-3939 so that we can battle to obtain the best result after your car accident injury. We are aggressive, tenacious and hardworking and will zealously represent you in your New York State car accident injury case!

Getting Home Safely In Your Car In New York State

Holidays like Independence Day and New Year’s Eve should be fun-filled celebrations. However, these days can turn into nightmares if you are involved in a dangerous car accident.

Here are some steps that you and your family can take to get home safely:

You should spend holidays with your friends and family—not in the back of an ambulance.

In the unfortunate circumstance that you were involved in a car accident in Buffalo, Rochester, Niagara Falls or other parts of New York State on the 4th of July or New Year’s Eve, you want the most experienced personal injury attorney in Buffalo, New York by your side every step of the way. Jed Dietrich, Esq. and his top rated and elite team of car accident attorneys in Buffalo, New York have extensive experience winning car accident cases. We will fight to obtain the best result for YOU. Call the Dietrich Law Firm P.C. TODAY at 716-839-3939.