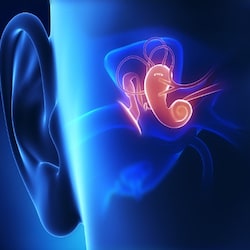 In 2018, after the U.S. Department of Justice completed its investigation regarding a whistleblower’s claims, 3M agreed to a $9.1 Million settlement based on accusations that the company knowingly supplied faulty earplugs to military service members, altered testing of the earplugs and concealed shortcomings from the United States government. While the Defense Criminal Investigative Service asserted that they are committed to holding companies accountable for supplying substandard products that could directly impact the health and welfare of service members, the settlement was only meant to compensate the government for its contractual losses. Veterans and service members, who were issued the defective earplugs, have begun product liability claims against 3M for severe hearing loss and/or tinnitus. According to current lawsuits, the stem of the earplug was too short for the plug to fit deep enough into the user’s ear canal. This caused the faultily designed earplugs to loosen and not provide the claimed level of hearing protection to troops. Hearing loss and tinnitus can result in permanently damaging health consequences. No military member who sacrificed so much for our country should be forced to bear the cost of 3M’s deceptive business practices.

If you have experienced serious hearing difficulties after serving in the armed forces and using military issued earplugs, contact Jed Dietrich, Esq., an American Institute of Personal Injury Attorneys 10 Best Attorney, and his top rated team of 3M faulty military earplug injury lawyers in Buffalo, New York at the Dietrich Law Firm P.C. today so that we can help you. Our team sympathizes with your feelings of rage, distress and apprehension after learning about 3M’s defective earplugs which may have resulted in you suffering unnecessary hearing-related injuries. Although loud noises from combat and military exercises can cause adverse hearing effects, some complications may have been avoided with adequate earplugs. The Dietrich Law Firm P.C. supports our troops and offers complimentary lawsuit evaluations and consultations. We would be honored to speak to you about your possible claim. Contact us today at 716-839-3939.

Steps To File A Product Liability Lawsuit Against 3M

Combined lawsuits are being filed in federal courts across the country against 3M Company by service members and veterans suffering from hearing loss, tinnitus and other related issues. Service members allege that 3M knowingly committed fraud against the U.S. Armed Forces by fabricating earplug assessment results and failing to warn the military about its earplugs’ defects. It is believed that there could be tens of thousands of more claims filed against 3M in the future. Unfortunately, our troops were taken advantage of by 3M, when the company decided to put their profits above protecting our brave men and women in uniform. If you have been diagnosed or developed hearing loss and/or tinnitus after serving in the military and using issued defective 3M earplugs, you are probably wondering if you have a valid injury claim. To pursue a claim against 3M we recommend completing the following steps:

STEP 1: Contact Jed Dietrich, Esq. After determining that using 3M’s defective earplugs is linked to your hearing impairment or other injuries, you should consult with an experienced personal injury attorney as soon as possible to get reliable legal advice. Jed Dietrich, Esq. pays personal attention to every case and he has the experience necessary to assess whether you have a viable claim and determine the best course of action to pursue the compensation that you deserve for your injuries . 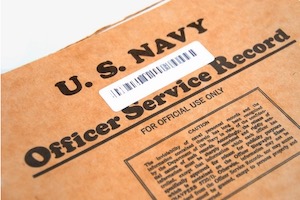 STEP 2: Make copies of your military records. It is important to get copies of any records related to your military service so that we can verify where and when you served. For instance, a copy of your DD-214.

STEP 3: Obtain your VA records. The easiest way for us to verify that you have suffered from hearing loss and/or tinnitus is to get copies of your hearing tests and other related medical examinations. This could also include copies of medical records you have from your military service.

STEP 4: Earplug usage details. We realize that you may have used the defective earplugs a long time along and may not be able to remember every detail. It is important to write down anything that you can remember regarding dates and places that you may have used the earplugs. Additionally, when your hearing problems first began and whether they have worsened in severity over time.

STEP 5: Make a list of questions. During your free consultation with Jed Dietrich, Esq., we want to provide as much information as possible about required documentation, fees, the overall process and the expected timeline of your case. At the Dietrich Law Firm P.C., we realize that the process of filing a lawsuit may be new to you and seem rather intimidating. Our goal is to reduce any additional stress this may cause you by being as open and informative as possible.

If you have endured significant hearing loss or other difficulties related to defect 3M military issued earplugs or you are unsure which type of earplugs you used and have questions, Jed Dietrich, Esq. and his top rated team of 3M faulty military earplug injury lawyers in Buffalo, New York can help you obtain that information from the U.S. Department of Veterans Affairs (VA).

Every day, attorneys at the Dietrich Law Firm P.C. strive to provide the highest level of personal injury service to service members and veterans that suffer from hearing impairment after using defective 3M earplugs in Western New York. Insurance companies have paid Jed Dietrich, Esq. over $175,000,000.00 in verdicts and settlements to resolve personal injury claims. Do not allow 3M to get away with putting profits above the health and welfare of our service members. Our team is available 24 hours per day and 7 days per week at 716-839-3939 or by filling out the online consultation form. We are the aggressive, tenacious and hardworking Buffalo, New York personal injury lawyers who are ready to fight for the compensation that you deserve!